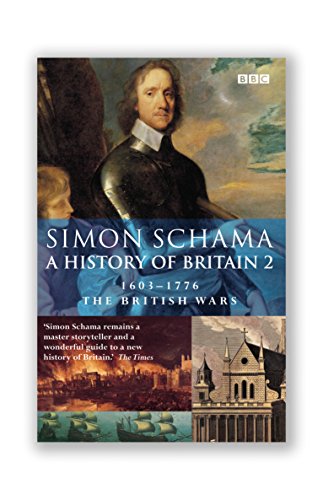 "Schama has a masterly ability to conjure up character and vivify conflict." (Ben Rogers Financial Times)

"He remains a master storyteller, admirably and sceptically well read in current revisionist histories, and a wonderful guide to a new history of Britain." (The Times)

"A History of Britain, its text supplemented by wonderful illustrations, affords the rare joy of witnessing a scholar at the peak of his powers convincing the reader that he has a cracking good tale to tell and that he is loving every minute of the telling." (Roy Porter Literary Review)

"Simon Schama's A History of Britain is far more than the book of the TV series... The book is far richer and fuller, covering a huge span so economically that there is room for plenty of arresting detail... It is the sort of vivid history that keeps you awake." (Peter Lewis Daily Mail)

'Great Britain? What was that?' asks Simon Schama at the start of this, the second book of his epic three-volume journey into Britain's past. This volume, The British Wars, is a compelling chronicle of the changes that transformed every strand and stratum of British life, faith and thought from 1603 to 1776. Travelling up and down the country and across three continents, Schama explores the forces that tore Britain apart during two centuries of dynamic change - transforming outlooks, allegiances and boundaries.

From the beginning of the British wars in July 1637, for 200 years battles raged on - both at home and abroad, on sea and on land, up and down the length of burgeoning Britain, across Europe, America and India. Most would be wars of faith - waged on wide-ranging grounds of political or religious conviction. But as wars of religious passions gave way to campaigns for profit, the British people did come together in the imperial enterprise of 'Britannia Incorporated'.

The story of that great alteration is a story of revolution and reaction, inspiration and disenchantment, of progress and catastrophe, and Schama's evocative narrative brings it vividly to life.