Verwandte Artikel zu The Old Men at the Zoo

Wilson, Angus The Old Men at the Zoo

The Old Men at the Zoo 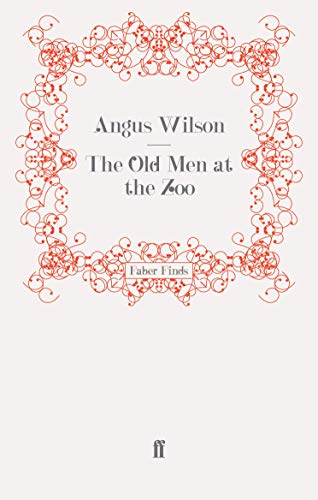 Set in a near future (the novel was first published in 1961 and is set in the period 1970-73), this is Angus Wilson's most allegorical novel, about a doomed attempt to set up a reserve for wild animals.

Simon Carter, secretary of the London Zoo, has accepted responsibility and power to the prejudice of his gifts as a naturalist. But power is more than just the complicated game played by the old men at the zoo in the satirical first half of this novel: it lies very near to violence, and in the second half real life inexorably turns to fantasy - the fantasy of war.

This tense and at times brutal story offers the healing relationship between man and the natural world as a solution for the power dilemma.

One of Britain's most distinguished novelists Sir Angus Wilson was born in 1913. Educated at Westminster and Merton College, Oxford he joined the British Museum as a cataloguer before being called for service in 1941. His literary career began with a collection of short-stories published in 1949. These were followed by other short-story collections, novels and plays. Co-founder with Malcolm Bradbury of the MA programme in creative writing at the University of East Anglia, Wilson was appointed professor in 1967. Chair of many literary panels, including the Booker prize, and campaigner for homosexual equality he was knighted in 1980. He died in 1991.