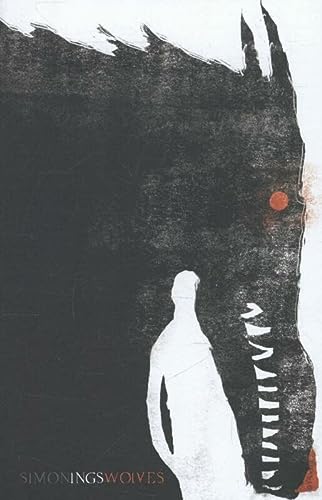 "Ings' return to full-throttle SF is a cause for celebration. His gift for edgy slipstream fiction makes comparisons with both JG Ballard and William Gibson apposite. Bleak, brutal and uncompromising . If there's any justice in the world it'll win awards."4.5 star review (Jonathan Wright SFX)

a moving take of the movers and shakers of technology. Overall grade: A (Patrick Hayes Sci-fi Pulse.net)

Simon pulls it off to a higher degree, if not quite fully-turning reality into alternative reality through Augmented Reality! (Mark Watkins Blast 1386)

one of the key books of next year...a serious, ambitious and discomforting novel (Christopher Priest)

a murder mystery, with elements of horror, thriller and exploration woven through...Ings creates an incredibly vivid world which leaps out from teh page with shock...I loved this book (Fantasy Book Review)

One of the best books I've read this year...Ings is the sort of stylist who makes other writers touch the peaks of their caps in respect for his technical skill (Sibilant Fricative)

I confidently expect this book to feature on a few best of the year lists this time next year (I certainly expect it to feature on my list) (Paul Kincaid BullSpec.com)

a moving take of the movers and shakers of technology. Overall grade: A (Patrick Hayes Sci-fi Pulse.Net)

a murder mystery, with elements of horror, thriller and exploration woven through...Ings creates an incredibly vivid world which leaps out from the page with shock...I loved this book (Fantasy Book Review)

The new novel from Simon Ings is a story that balances on the knife blade of a new technology. Augmented Reality uses computing power to overlay a digital imagined reality over the real world. Whether it be adverts or imagined buildings and imagined people with Augmented Reality the world is no longer as it appears to you, it is as it is imagined by someone else. Ings takes the satire and mordant satirical view of J.G. Ballard and propels it into the 21st century.

Two friends are working at the cutting edge of this technology and when they are offered backing to take the idea and make it into the next global entertainment they realise that wolves hunt in this imagined world. And the wolves might be them.

A story about technology becomes a personal quest into a changed world and the pursuit of a secret from the past. A secret about a missing mother, a secret that could hide a murder. This is no dry analysis of how a technology might change us, it is a terrifying thriller, a picture of a dark tomorrow that is just around the corner.

Buchbeschreibung Orion Publishing Group, Limited, 2011. Zustand: Good. Former Library book. Shows some signs of wear, and may have some markings on the inside. Bestandsnummer des Verkäufers GRP82059826

Buchbeschreibung Gollancz, 2014. Paperback. Zustand: Used; Good. Dispatched, from the UK, within 48 hours of ordering. This book is in good condition but will show signs of previous ownership. Please expect some creasing to the spine and/or minor damage to the cover. Damaged book. Slightly damaged in some way typically, a grazed corner or torn cover. Bestandsnummer des Verkäufers CHL6101449

Buchbeschreibung Gollancz, 2014. Zustand: Good. A+ Customer service! Satisfaction Guaranteed! Book is in Used-Good condition. Pages and cover are clean and intact. Used items may not include supplementary materials such as CDs or access codes. May show signs of minor shelf wear and contain limited notes and highlighting. Bestandsnummer des Verkäufers 057511973X-2-4

Buchbeschreibung Gollancz, 2014. Paperback. Zustand: Good. All orders are dispatched the following working day from our UK warehouse. Established in 2004, we have over 500,000 books in stock. No quibble refund if not completely satisfied. Bestandsnummer des Verkäufers mon0004511633

Buchbeschreibung Orion Publishing Group, Limited. Paperback. Zustand: Very Good. A copy that has been read, but remains in excellent condition. Pages are intact and are not marred by notes or highlighting, but may contain a neat previous owner name. The spine remains undamaged. At ThriftBooks, our motto is: Read More, Spend Less. Bestandsnummer des Verkäufers G057511973XI4N00

Buchbeschreibung Gollancz, 2014. Paperback. Zustand: Used; Good. **Simply Brit** Shipped with Premium postal service within 24 hours from the UK with impressive delivery time. We have dispatched from our book depository; items of good condition to over ten million satisfied customers worldwide. We are committed to providing you with reliable and efficient service at all times. Bestandsnummer des Verkäufers 1500099

Buchbeschreibung Gollancz, 2014. Paperback. Zustand: Used; Good. **SHIPPED FROM UK** We believe you will be completely satisfied with our quick and reliable service. All orders are dispatched as swiftly as possible! Buy with confidence! Aloysius Ihezie. Bestandsnummer des Verkäufers 1843831

Buchbeschreibung Paperback. Zustand: Good. The book has been read but remains in clean condition. All pages are intact and the cover is intact. Some minor wear to the spine. Bestandsnummer des Verkäufers GOR005650081

Buchbeschreibung Gollancz, 2014. Zustand: Good. This is an ex-library book and may have the usual library/used-book markings inside.This book has soft covers. In good all round condition. Please note the Image in this listing is a stock photo and may not match the covers of the actual item,500grams, ISBN:9780575119734. Bestandsnummer des Verkäufers 8288940