Verwandte Artikel zu The Past Through Tomorrow: The SF Gateway Omnibus (Sf...

Heinlein, Robert A. The Past Through Tomorrow: The SF Gateway Omnibus (Sf Gateway Library)

The Past Through Tomorrow: The SF Gateway Omnibus (Sf Gateway Library) 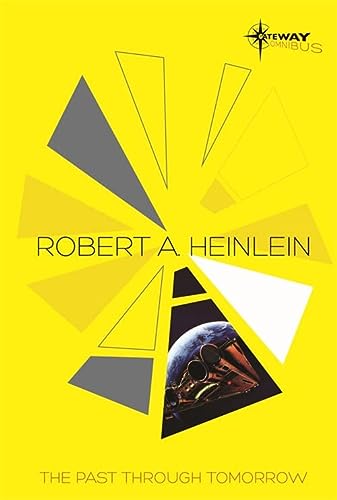 From the vaults of the SF Gateway, the most comprehensive digital library of classic SFF titles ever assembled, comes an ideal introduction to the extraordinary work of the grandmaster of SF, Robert A. Heinlein.

This one-volume omnibus of Heinlein's famous 'Future History' timeline, contains all of the stories, novellas and novels that make up one of the richest coherent narratives in all of science fiction literature. The collections and novels comprising THE PAST THROUGH TOMORROW are THE MAN WHO SOLD THE MOON, THE GREEN HILLS OF EARTH, REVOLT IN 2100, METHUSELAH'S CHILDREN and ORPHANS OF THE SKY.

Robert Anson Heinlein was born in Missouri in 1907. He graduated from the US Naval Academy at Annapolis in 1929, serving as an officer until his discharge, for medical reasons, in 1934. In 1939 he turned to writing to supplement his Naval pension, selling his first story to John W. Campbell's ASTOUNDING magazine. He would go on to have a profound influence on ASTOUNDING, dominating the Golden Age of SF and shaping American science fiction for decades to come. He won multiple HUGOs, an unprecedented six PROMETHEUS AWARDs for libertarian SF and was the SCIENCE FICTION WRITERS OF AMERICA's first GRAND MASTER AWARD recipient. A deeply political writer, Heinlein is most closely associated with right-wing libertarianism, although STARSHIP TROOPERS brought with it accusations of fascism and STRANGER IN A STRANGE LAND is credited with being an influential text for the free-love movement of the 1960s. Acclaimed as one of the 'Big Three', alongside Arthur C. Clarke and Isaac Asimov, he was a giant of 20th-century science fiction. Robert A. Heinlein died in 1988.