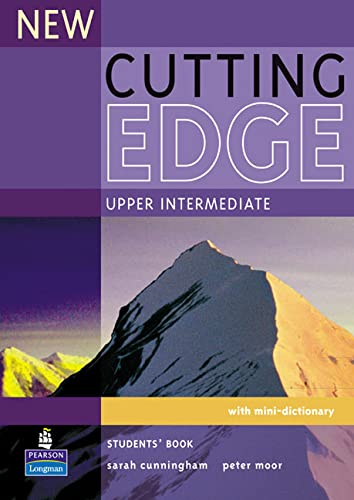 Peter Moor has been involved in ELT since 1982 as teacher, Director of Studies, teacher trainer and now materials writer. Now based in the UK, he has also worked in Spain, Switzerland, Hungary and Argentina and has given teacher training sessions in more than twenty countries around the world. He is the co-author with his wife Sarah Cunningham of the best-selling adult course Cutting Edge. Sarah Cunningham has been working in ELT for 16 years, as a teacher, teacher trainer and Director of Studies. She has worked in Greece, Spain, Hungary, Argentina and the UK, and for the last ten years she has been involved in writing ELT materials. As well as Cutting Edge (Longman), she is the co-author of five titles in the Making Headway series, three of which she co-wrote with Peter Moor. Frances Eales is an experienced teacher and teacher trainer who has worked in numerous countries around the world including the UK, France, Hungary, Germany, Australia, New Zealand, Thailand and Russia. She is currently working as a teacher trainer at International House, London and is the co-author of the Workbooks for Cutting Edge Intermediate and Upper Intermediate. Jane Comyns-Carr has been involved in ELT for the last 18 years. She has worked in the roles of teacher, Director of Studies and teacher trainer in Spain, Italy, Poland, Lithuania, Greece and the UK. Jane is the co-author of the Workbooks for Cutting Edge Intermediate and Upper Intermediate.

Buchbeschreibung Pearson Education Limited. Paperback / softback. Zustand: New. New copy - Usually dispatched within 3 working days. The New Cutting Edge Student Books combine the comprehensive syllabus and reliable teaching resources that have made the course so popular, with brand-new features, making it even fresher and easier to use. Bestandsnummer des Verkäufers B9780582825253