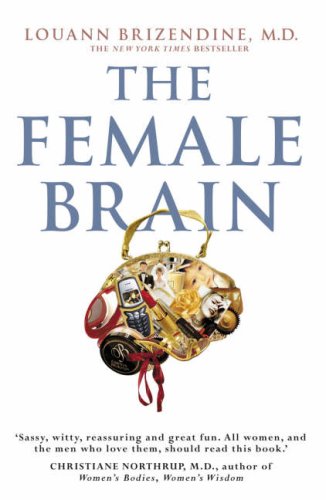 In this groundbreaking book, Dr Louann Brizendine describes the uniquely flexible structure of the female brain and its constant, dynamic state of change - the key difference that separates it from that of the male - and reveals how women think, what they value, how they communicate, and whom they’ll love. She also reveals the neurological explanations behind why... * A woman remembers fights that a man insists never happened... * Thoughts about sex enter a woman’s brain once every couple of days but enter a man’s brain about once every minute... * Women use about 20,000 words each day, while a man uses roughly 7,000... * A woman’s brain goes on high alert during pregnancy – and stays that way long after giving birth... * A woman over 50 is more likely to initiate divorce than a man... * Women tend to know what people are feeling, while men can’t spot an emotion unless someone cries or threatens them with bodily harm! Accessible, compelling, and based on more than three decades of research, The Female Brain will help women to better understand themselves - and the men in their lives.

Did you know that every brain begins as a female brain and that it only becomes male eight weeks after conception? This is when excess testosterone shrinks the communication centre, reduces the hearing cortex and makes the part of the brain that processes sex twice as large. In this groundbreaking guide, Dr Louann Brizendine describes how the uniquely flexible structure of the female brain determines not only how women think and what they value, but how they communicate and whom they will love. Based on decades of research, and complete with fascinating facts and case studies, she also provides the neurological explanations behind why ... A woman uses about 20,000 words a day at home, while a man uses about 7,000A woman remembers fights that a man insists never happenedThoughts about sex enter a woman’s brain perhaps once a day but may sometimes enter a man’s brain every minuteA woman over fifty is more likely to initiate divorce than a man ... and whyA woman tends to know what people are feeling, while a man can’t seem to spot an emotion unless someone cries or threatens bodily harm With this authoritative, accessible, fun guide, women will discover that they have a lean, mean communicating machine at their disposal – and men will find that they finally have a key to understanding their relationships with women. ‘Finally, a satisfying answer to Freud’s question, “What does a woman want?” A breezy and enlightening guide to women – and a must-read for men.’ Daniel Goleman, author of Social Intelligence