Verwandte Artikel zu Inside Out

Mcintyre, Marvin Inside Out 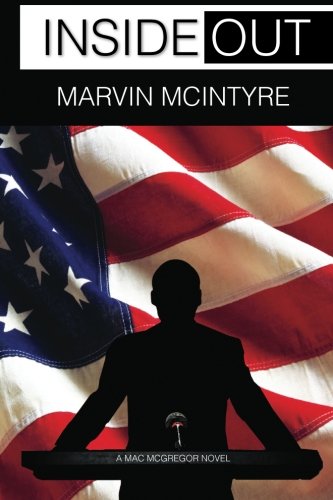 Inside Out is a fast-paced, timely thriller that marries money, murder, and politics. Jeremy Lyons—resourceful, unimaginably wealthy, and completely amoral—re-emerges with a vengeance after his sudden retirement from the hedge fund industry to exploit another system: the lucrative world of U.S. politics. Reinforcing his mantra that the end justifies the means, the calculating Lyons catapults himself into Florida’s senatorial race. Television appearances cast Lyons as an independent crusader for fiscal responsibility and a champion of the people. As he blasts politicians from both sides of the aisle, his popularity soars. Not content with merely achieving political dominance, Lyons simultaneously ensnares Wall Street veteran Mac McGregor in his sadistic games. Only McGregor and a few trusted friends know the endless depth of Lyons’s depravity and the body count left in his wake. Every step of Lyons’s relentless climb to power is choreographed, but if McGregor forces a misstep—it could be deadly!

Marvin McIntyre is a nationally acclaimed financial advisor with over 40 years of experience. Since Barron’s began ranking the country’s top financial advisors, McIntyre has been listed in the top 100 advisors, rising to number 3 in 2008. In addition to managing wealth for ultra high net worth families and advising corporate clients on a broad spectrum of financial issues, he has been a featured speaker on radio and television, covering investments and the markets. He is affectionately known by the nickname “Financial Wizard” because of his candor, acumen, and humor. After exposing the financial system in his debut novel, Insiders, McIntyre now dissects our flawed political system. A native Washingtonian, graduate of The Citadel, and Vietnam veteran, McIntyre donates the profits from the sale of his novels to charity.