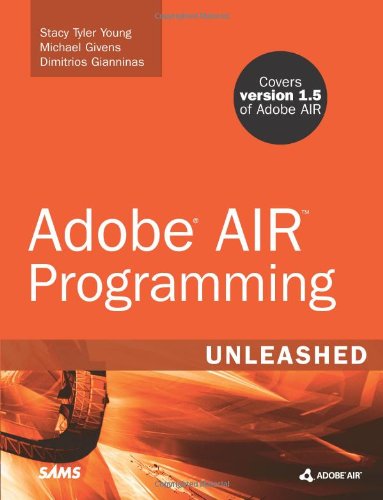 Stacy Tyler Young is a senior computer scientist for Adobe Systems in Ottawa, Canada. He's been at the forefront of web technologies since the early nineties. His passion for computing goes back further to the days of the Apple II and the first Macintosh. Rudimentary software development began at the age of seven when he was introduced to the Logo programming language. "FD 60 RT 45" anyone? Coming from a server-side development background, Stacy dove into Flex prior to its first release and has now expanded into developing solutions built on the Adobe AIR platform. His focus today lies in Interaction Design and how it can be applied to emerging technologies like Adobe AIR to help improve the user experience. In addition to hearing him speak at local BarCamps or development conferences, you can catch him discussing a mixed bag of technology, environmental issues, and tinfoil hats on his blog: http://stacyyoung.org. Michael Givens is the CTO of U Saw It Enterprises, a web technology consulting firm based in Houston, Texas. He is an Adobe Community Expert in Adobe Flex and an Adobe Corporate Champion known to share his experience and evangelism of all things Adobe. Certified in both ColdFusion 5 and as an advanced CFMX developer, he has been using ColdFusion since the days of Allaire Spectra. He has written Adobe Apollo in Flight (Digital Short Cut), for Sams Publishing, written articles for the ColdFusion Developer's Journal and the Web Developer's & Designer's Journal, and blogs regularly at www.flexination.info. Dimitrios Gianninas is a lead RIA developer at Optimal Payments Inc. based in Montreal, Canada. His primary passion has always been UI development and has excelled in this realm using Adobe Flex for web applications and is now expanding his reach to the desktop using Adobe AIR. Dimitrios' work has been showcased at conferences and written about in IT publications across the globe. He has also been a guest speaker at Adobe conferences, written articles for the Adobe Developer Center, been a Flex Derby judge, and now maintains his own technical blog at http://jimmyflex.blogspot.com.