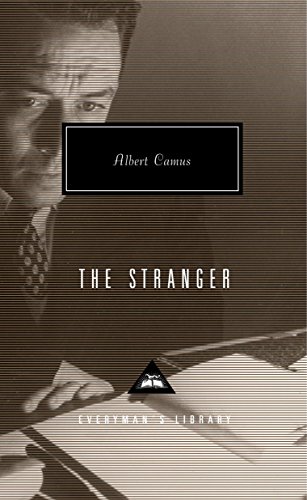 Críticas:
"The Stranger is a strikingly modern text and Matthew Ward's translation will enable readers to appreciate why Camus's stoical anti-hero and -devious narrator remains one of the key expressions of a postwar Western malaise, and one of the cleverest exponents of a literature of ambiguity." -from the Introduction by Peter Dunwoodie
Reseńa del editor:

With the force of a parable and the excitement of a perfectly executed thriller, The Stranger is the work of one of the most engaged and intellectually alert writers of the past century.

Albert Camus's spare, laconic masterpiece about a Frenchman who murders an Arab in Algeria is famous for having diagnosed, with an almost scientific clarity, that condition of reckless alienation and spiritual exhaustion that characterized so much of twentieth-century life.

The Stranger (Hardback or Cased Book)