String Theory in a Nutshell 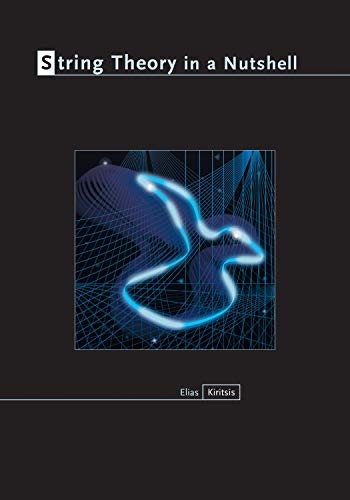 "What sets this book apart from other recent and older texts on string theory is that, while providing the level of detail in the derivation of all central results that is necessary for an introductory textbook, Kiritsis maintains a brisk and steady pace, and also includes a colloquial discussion of new concepts at the beginning of every section."--Johannes Walcher, Mathematical Reviews

This book is the essential new introduction to modern string theory, by one of the world's authorities on the subject. Concise, clearly presented, and up-to-date, String Theory in a Nutshell brings together the best understood and most important aspects of a theory that has been evolving since the early 1980s. A core model of physics that substitutes one-dimensional extended "strings" for zero-dimensional point-like particles (as in quantum field theory), string theory has been the leading candidate for a theory that would successfully unify all fundamental forces of nature, including gravity. Starting with the basic definitions of the theory, Elias Kiritsis guides readers through classic and modern topics. In particular, he treats perturbative string theory and its Conformal Field Theory (CFT) tools in detail while also developing nonperturbative aspects and exploring the unity of string interactions. He presents recent topics including black holes, their microscopic entropy, and the AdS/CFT correspondence. He also describes matrix model tools for string theory. In all, the book contains nearly five hundred exercises for the graduate-level student, and works as a self-contained and detailed guide to the literature. String Theory in a Nutshell is the staple one-volume reference on the subject not only for students and researchers of theoretical high-energy physics, but also for mathematicians and physicists specializing in theoretical cosmology and QCD.

2. String Theory in a Nutshell

3. String Theory in a Nutshell

5. String Theory in a Nutshell