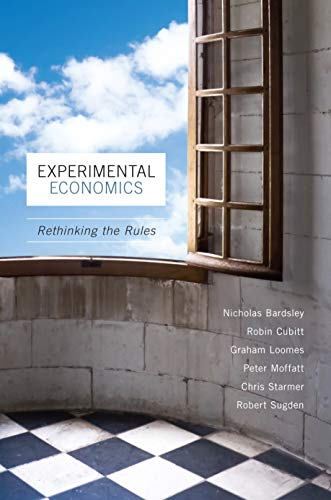 "Experimental Economics is a well intentioned book which does an admirable job in consolidating and modernising the ongoing methodological debates surrounding experimental economics... I would recommend this book to empirical social scientists, particularly the first two parts, which crystallise the major debates ongoing in the discipline."--Tom Wilkening, The Economic Record "This is an extremely rich and cultured book that makes a large number of intelligent points about experimental methods. It also raises sophisticated questions concerning what it means to test a theory and how one can test in an environment in which an error model unconstrained by theory is essential to judging empirical fit."--Andrew Caplin, Journal of Economics and Philosophy

1. Experimental Economics and#8211; Rethinking the Rules

7. Experimental Economics and#8211; Rethinking the Rules