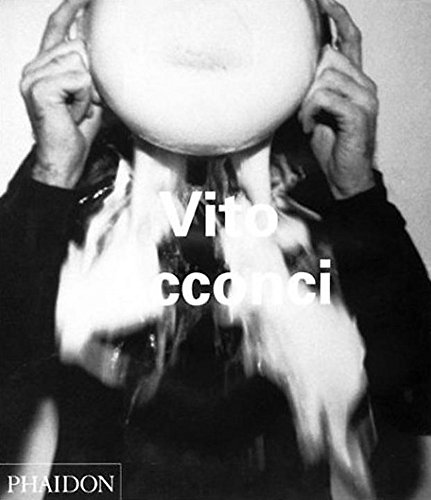 'The boldest, best-executed and most far-reaching publishing project devoted to contemporary art. These books will revolutionize the way contemporary art is presented and written about.' (Artforum) 'A unique series of informative monographs on individual artists.' (The Sunday Times) 'Gives the reader the impression of a personal encounter with the artists. Apart from the writing which is lucid and illuminating, it is undoubtedly the wealth of lavish illustrations which makes looking at these books a satisfying entertainment.' (The Art Book) 'The combination of intelligent analysis, personal insight, useful facts and plentiful pictures is a superb format invaluable for specialists but also interesting for casual readers, it makes these books a must for the library of anyone who cares about contemporary art.' (Time Out)

Vito Acconci (b.1940) is a key late twentieth-century pioneer of performance, video, installation and the exploration of architectural space. His work has expanded art's boundaries, moving beyond the gallery or museum into shared public spaces. Initially a poet, Acconci began making Conceptual art and Body art in the late 1960s. He devised actions, enacted them and documented them with texts, photographs or video. In 1972 he produced the most famous performance installation of its time, Seedbed. In an empty gallery he built a low ramp, concealed beneath which he stimulated himself with sexual fantasies about viewers walking above, speaking his fantasies into a microphone linked to loudspeakers. Startled spectators found themselves implicated in an intimate power relationship between artist and viewer. Since the mid 1980s his work has turned towards experimental architectural projects. In 1988 he set up the architectural practice Acconci Studio, which has executed public commissions around the world and was featured at the Venice Architecture Biennale in 2001. Acconci's work remains of vital importance not only to Conceptual art and performance, but to contemporary architectural theory and practice. In the Survey, art critic Frazer Ward chronicles the key moments in Acconci's thirty-year career, selecting emblematic works that illustrate the different media in which the artist has worked. In the interview the artist discusses with theorist Mark C. Taylor his concern for the human body as social, spatial and linguistic entity. In the Focus, architectural theorist Jennifer Bloomer analyzes one of the artist's recent architectural works, World in Your Bones (1998). For his Artist's Choice, the artist has selected Alain Robbe-Grillet's screenplay for Alain Resnais' film Last Year at Marienbad (1961). Noted also for his poetry and theoretical essays, the selection of Artist's Writings spans his early experimental poetry from the late 1960s to a cultural analysis of public art and architecture in the 1980s and 1990s.