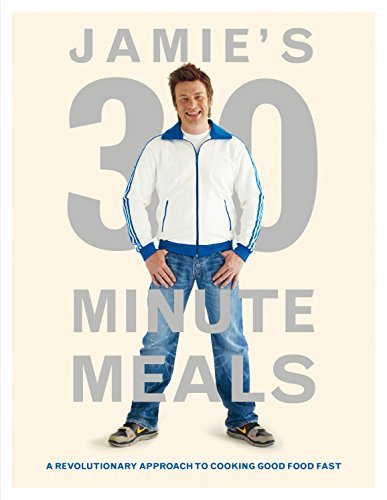 Get your complete meals from kitchen to table in no time at all, in the bestselling Jamie's 30-Minute Meals

There is only one Jamie Oliver. Great to watch. Great to cook (Delia Smith)
Biografía del autor:

Jamie Oliver started cooking at his parents' pub, The Cricketers, in Clavering, Essex, at the age of eight. After leaving school he began a career as a chef that took him to the River Café, where he was famously spotted by a television production company.

His television and publishing career began in 1999 with The Naked Chef series. Since then he has set up Fifteen restaurant in London, changed school dinners in the UK and revolutionized home cooking. His charity, The Jamie Oliver Foundation, seeks to improve people's lives through food.

He writes for publications in the UK and around the world, including his own Jamie Magazine. Jamie lives in London and Essex with his wife Jools and their children.