Verwandte Artikel zu Kids and branding in a digital world

Gunter, Barrie Kids and branding in a digital world

Kids and branding in a digital world 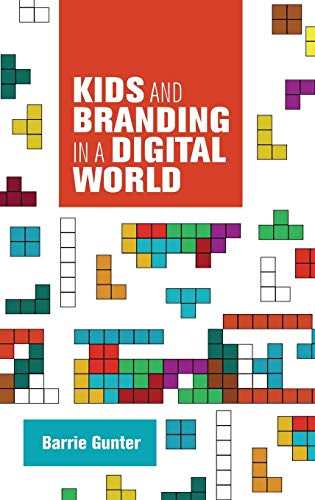 'The digital world has facilitated children's brand awareness (for better or worse) and armed brand promoters with increasingly subtle ways of reaching children. Consequently, Gunter's discussion is about early childhood development as well as business...Gunter's provocative text provides a well-researched, clearly presented introduction to the emergence and development of children's brand consciousness and various related issues in clear and explicit language. It is a must read for anybody interested in the confluence of human development and technology.' S. A. Schulman, CUNY Baruch College, Choice July 2016 -- .

As consumer markets have developed and become more crowded and competitive, so brands have become more important in enabling consumers to make informed choices. This book shows how children become engaged with brands and understand what they mean, and how their relationship with brands changes over time as they mature as consumers. It sets this development against the changes that have occurred in styles of brand promotion in the digital world where more subtle ways of reaching consumers have been developed by brand marketers. Children become aware of brands from an early age. Even before they start school, they can recognise brand names and ask for brands by name. The meaning of brands to children can vary dramatically with age. As with other aspects of consumer socialisation, children's initial orientation towards brands occurs at a superficial level because their level of cognitive development does not allow them to understand deeper-seated symbolic meanings of brands. Children's understanding of brands and the relationships they have with them may also be influenced by the new promotional techniques developed by marketers. Children's recognition of advertisements depends upon being able to identify specific features which signal a persuasive message. In the online world of social media and computer games, the presence of brands may not be recognized as 'advertising' and so the usual learned defenses against persuasion are not triggered. This could place young consumers at a disadvantage. This phenomenon has raised important questions for parents, educators and marketing regulators and these are addressed in this book through reference to the latest research and writings from around the world.

1. Kids and Branding in a Digital World (Hardback)

Buchbeschreibung MANCHESTER UNIVERSITY PRESS, United Kingdom, 2015. Hardback. Zustand: New. Language: English. Brand new Book. This book is about how kids become engaged with brands, and how their relationship with them changes over time as they mature as consumers. Children are introduced to brands at an early age, and they have become increasingly brand conscious. As consumer markets have developed and become more crowded and competitive, so brands have become more important in enabling consumers to make informed choices. However, it may not always be in a child's best interests to develop a preoccupation with brands, particularly if they influence the way they think about themselves. This book examines the emergence of brand awareness among children and the importance of their cognitive development to their understanding of brands and consumer socialisation. It also sheds light on problems caused by the emergence of new forms of branding in the digital era, especially in online social media and virtual environments where so many children now spend a great deal of time, and explores the implications for children and for regulators. -- . Bestandsnummer des Verkäufers LHB9780719097874

2. Kids and Branding in a Digital World

3. Kids and branding in a digital world

4. Kids and branding in a digital world

5. KIDS AND BRANDING IN A DIGITAL WORLD