DeMarco, Stacey Earth Power Oracle: An Atlas for the Soul

Earth Power Oracle: An Atlas for the Soul 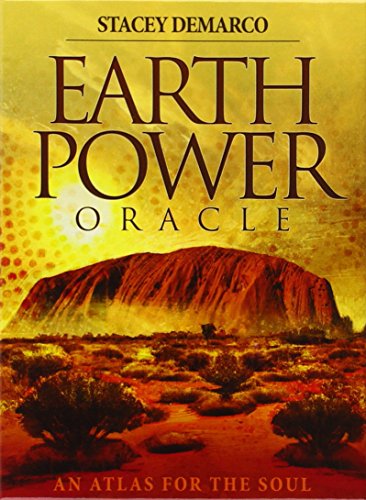 Everyone has felt a place of incredible power—be it a natural sanctuary, a breathtaking landscape, an ancient temple, a colossal shrine, or even simply a sacred space in the home or garden. Many of the places hold an energy that goes far beyond their physical beauty to stir within us feelings of awe and wonder.

At the very heart of this stirring is the remembrance of an ancient time when humankind was intricately connected and in tune with the power of the Earth. This awe-inspiring deck reconnects us with that reality, transmitting the energy of forty-one of the most deeply moving sacred places on the globe, capturing the essence of each one so that we may experience its unique beauty and profound insights.

Stacey Demarco is an internationally respected spiritual Pagan practitioner, Witch, author, and activist who hails from Sydney, Australia. Her passion is to make practical magic accessible to everyone and to reconnect people with the power of nature.

Her down-to-earth yet scholastic spiritual style and her skill at weaving ancient techniques to solve modern problems make her popular amongst clients and a regular contributor upon all things spiritual across television, radio, and other media.

A former successful corporate animal, she has worked for multinational companies in senior marketing and PR roles until she decided to transition into her purpose—that of being a "catalyst for change."

A long-time lover and scholar of the mythos of the feminine and masculine divine, her first set of Oracle cards, Gods & Titans, illustrated by award-winning artist Jimmy Manton, was released early 2011 and her second set, Goddesses & Sirens, was released in October 2011 in Australia with a US release in 2013. Reflecting her love of nature, her Earth Power: An Atlas for the Soul was released worldwide in 2014, and the stunning Halloween Oracle is her latest work. Her next book, The Disconnect will be released early 2015.

1. Earth Power Oracle: An Atlas for the Soul