Verwandte Artikel zu The Girl In The Picture: The Remarkable Story Of Vietnam'...

Chong, Denise The Girl In The Picture: The Remarkable Story Of Vietnam's Most Famous Casualty

The Girl In The Picture: The Remarkable Story Of Vietnam's Most Famous Casualty 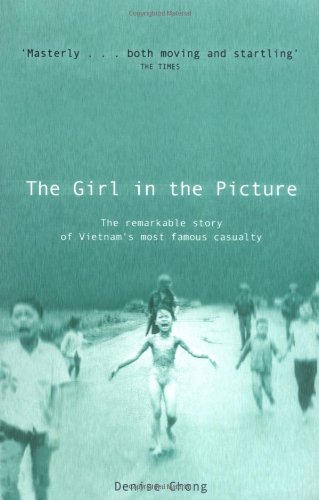 On 8 June 1972, nine-year-old Kim Phuc, severely burned by napalm, ran from her burning village and into the eye of history. Her photograph, seen around the world, helped turn public opinion against the Vietnam War and is one of a handful of images that remain branded in the public consciousness. This book is the story of how that photograph came to be - but also of what happened to Kim Phuc after it was taken. It opens up to readers an unknown world - the world of Vietnam after the US army left. Kim became a pawn in the Communist regime's propaganda campaign, even as her own family fought a losing battle to support itself in a physically and economically devastated country, now plagued with corruption. Kim's recovery and rehabilitation from her terrible wounds was long and arduous and, after years of manipulation by Vietnamese officials, she made a dramatic escape to Canada, where she now lives. Denise Chong has written a detailed, humanistic account of everyday life in the wake of the Vietnam War, as well as a meditation on the aftermath of celebrity, and the power of an image.

DENISE CHONG is the author of the spellbinding memoir THE CONCUBINE'S CHILDREN: PORTRAIT OF A FAMILY DIVIDED. This book won numerous awards and was on the Canadian bestseller list for 100 weeks. Denise lives in Ottawa with her husband and two children. KIM PHUC is now happily married with two children and lives in Ajax, Canada. She is a goodwill ambassador for UNESCO to 'spread the message of the need for reconciliation, mutual understanding, dialogue and negotiation to replace confrontation and violence'. She is also the founder of the Chicago-based Kim Phuc Foundation to help child victims of war.

1. The Girl in the Picture: The Remarkable Story of Vietnam's Most Famous Casualty

2. The Girl in the Picture : The Remarkable Story of Vietnam's Most Famous Casualty Chong, Denise