Verwandte Artikel zu Heart of a Soldier: A Story of Love, Heroism and September...

Stewart, James B. Heart of a Soldier: A Story of Love, Heroism and September 11th

Heart of a Soldier: A Story of Love, Heroism and September 11th 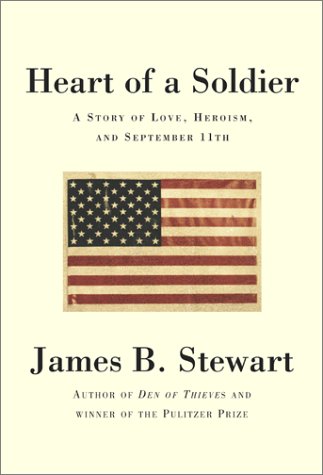 Book by Stewart James B

"His painstakingly gathered accounts are crafted into a narrative that reads like fiction, letting the richness of events, personality, and anecdote do their work."

The Heart Of A Soldier is an extraordinary story of war, love, comradeship, danger and heroism. Pulitzer Prize winner James Stewart tells the remarkable story of the life of a English war hero turned security man who lost his life saving others from the twin towers on September 11. When Rick Rescorla got home from Vietnam, he tried to put combat and death behind him, but he could never bury it entirely. From the day he joined the British Army to fight a colonial war in Rhodesia, where he met American Special Forces' Dan Hill who would become his best friend, to the day he fell in love with Susan, everything in his remarkable life was preparing him for an act of generosity that would transcend all that went before. The Heart Of A Soldier is a story of bravery under fire, of loyalty to one's comrades, and the wonder of finding happiness late in life. Everything about Rick's life came together on September 11. In charge of security for Morgan Stanley, he successfully got all its 2,700 men and women out of the South Tower of the World Trade Centre. Then, he went back one last time to search for stragglers.

1. Heart of a Soldier

2. Heart of a Soldier

3. Heart of a Soldier Stewart, James B.