Verwandte Artikel zu Between a Rock and a Hard Place: My Survival in Blue...

Ralston, Aron Between a Rock and a Hard Place: My Survival in Blue John Canyon

Between a Rock and a Hard Place: My Survival in Blue John Canyon 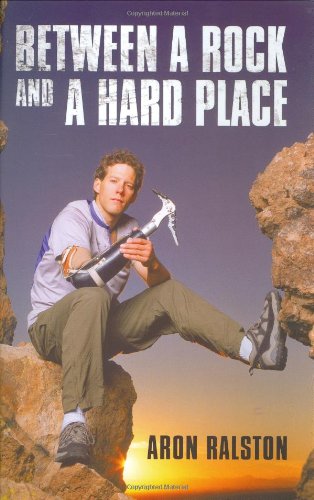 The unforgettable survival story of the year -- the astonishing, day-by-day account of Aron Ralston's terrible accident, self-amputation, rescue and recovery. On Saturday, 26 April 2003, Aron Ralston, a 27-year-old outdoorsman and adventurer, set off for a day's hike in the Utah canyons. Eight miles from his truck, he found himself in the middle of a deep and remote canyon. Then the unthinkable happened: a boulder shifted and snared his right arm against the canyon wall. He was trapped, facing dehydration, starvation, hallucinations and hypothermia as night-time temperatures plummeted. Five and a half days later, Aron Ralston finally came to the agonising conclusion that anyone who was looking for him was not going to find him in time. He then made the most difficult decision of his life: his only hope was to amputate his own arm and get himself to safety. Miraculously, he survived. Between A Rock And A Hard Place is more than just an adventure story. It is a brave, honest and above all inspiring account of one man's valiant effort to survive, and is destined to take its place among adventure classics such as Touching The Void.

Aron Ralston grew up in the Midwest before moving to Colorado when he was twelve, where he became an avid climber, canoeist and skier. He gave up a career as a mechanical engineer in 2002 to return to the mountains. Ralston has climbed over 100 Colorado peaks of more than 13,000 feet, and since his accident has gone back to climbing to continue his life of adventure and discovery.

1. Between a Rock and a Hard Place: My Survival in Blue John Canyon Ralston, Aron