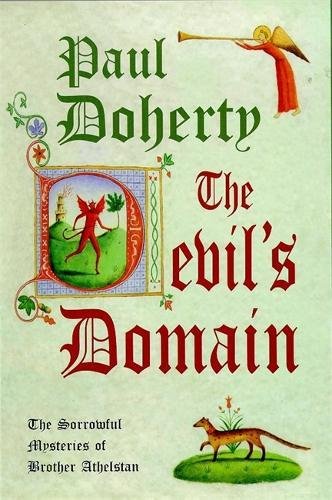 'One of the finest writers of the genre and The Devil's Domain enhanes his reputation... This whodunnit will have you gripped' Sunderland Echo

In the summer of 1380 a French captain is murdered in Hawkmere Manor - a lonely, gloomy dwelling place, otherwise known as the 'Devil's Domain', which is used by Regent John of Gaunt to house French prisoners captured during the bloody battles waged between the French and the English on the Narrow Seas.

Sir John Cranston and Brother Athelstan are summoned to investigate the mysterious death but their path is riddled with obstacles. How could the murderer have entered the Frenchman's chamber when the room was locked from within?

Their aide, Sir Maurice Maltravers, is more of a hindrance than a help, as he faces the misery of heartbreak. Lady Angelica, the woman he intended to marry, has been whisked away to a convent by her tyrannical and disapproving father. It soon becomes apparent that only when the lovers are reunited will any progress be made in the murder investigation...