Verwandte Artikel zu The Last Mughal: The Fall of a Dynasty, Delhi, 1857

Dalrymple, William The Last Mughal: The Fall of a Dynasty, Delhi, 1857 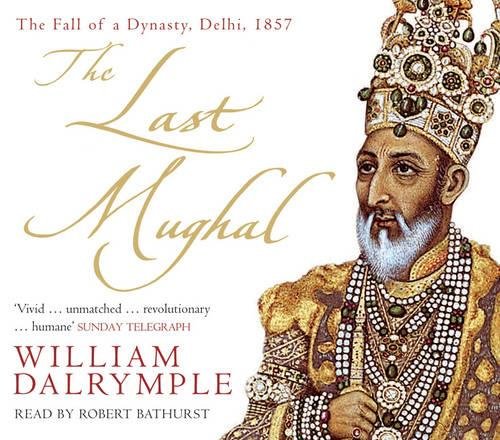 PRAISE FOR WHITE MUGHALS 'No brief review can do justice to its manifold excellence and all one can say is that Dalrymple manages the incredible feat of outpointing most historians and novelists in one go. This is quite simply a stunning achievement.' Frank McLynn, Independent on Sunday 'William Dalrymple is that rarity: a scholar of history who can really write. His story of cultural collisions is beautifully told, and brings British India vividly back to life; but it also a tale with many contemporary echoes.' Salman Rushdie 'A gorgeous, spellbinding and important book... A tapestry of magnificent set pieces and a moving romance. William Dalrymple's story of a colonial love affair will change our views about British India.' Miranda Seymour, Sunday Times 'Dalrymple is the most perceptive and sympathetic observer of the Asian scene writing today [...] White Mughals is nothing less than a kush bagh, a garden of delights...' Charles Allen, Literary Review

At 4pm on a dark, wet winter's evening in November 1862, a cheap coffin was buried in eerie silence: no lamentations, no panegyrics, for as the British Commissioner in charge of the funeral insisted, 'No vesting will remain to distinguish where the last of the Great Moghuls rests.' This Mughal was Bahadur Shah Zafar II, one of the most talented, tolerant and likeable of his remarkable dynasty who found himself leader of a violent uprising he knew from the start would lead to irreparable carnage. Zafar's frantic efforts to unite his forces proved tragically futile. The Siege of Delhi was the Raj's Stalingrad, and Mughal Delhi was left an empty ruin. "The Last Mughal" charts the desecration and demise of a man, his dynasty, his city and civilizations mercilessly ravished by fractured forces and vengeful British troops.

Buchbeschreibung Paperback. Zustand: Very Good. The book has been read, but is in excellent condition. Pages are intact and not marred by notes or highlighting. The spine remains undamaged. Bestandsnummer des Verkäufers GOR005406929