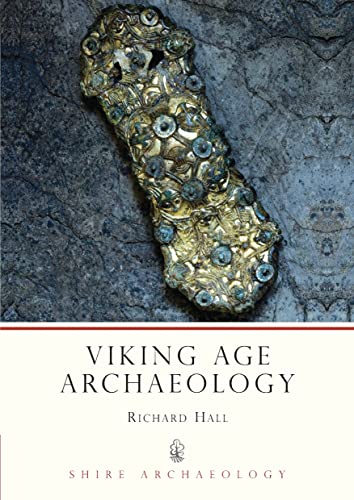 Viking raids, and the subsequent Scandinavian settlements in the ninth and tenth centuries, had a major effect on many parts of Britain and Ireland. These impacts can best be seen in a wide variety of archaeological discoveries, primarily from distinctive pre-Christian burials, which contain weapons, tools, jewellery and metal, wood and bone artefacts. Written by an expert in the field of Viking and Norse archaeology, this book examines the distinctive archaeology of each phase, aspect or area of Norse impact in turn, with sufficient historical background to put the archaeological discoveries into context.

Richard Hall became interested in the Vikings as an undergraduate in Ireland, when he worked on the excavation of Viking-age Dublin and wrote a dissertation updating the catalogue of Viking material from Ireland. His doctoral thesis concerned the towns of the English Danelaw, a topic which required a study of museum collections, excavations and documentary sources for the Viking campaigns and settlement. While working for York Archaeological Trust he directed the five-year campaign of excavation known as 'the Viking Dig' on the site in Coppergate, York, where the Jorvik Viking Centre now stands. He was responsible for part of the academic input to the centre's display and was co-author of the Trust's Viking Ships exhibition in 1987-8. He lectures widely on the Viking age and has published extensively at all levels. He is now Director of Archaeology at York Archaeological Trust.