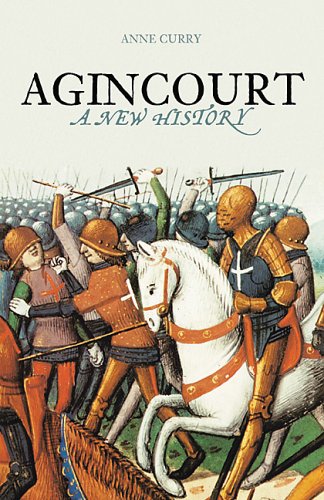 As night fell in Picardy on Thursday 24 October 1415, Henry V and his English troops, worn down by their long march after the taking of Harfleur and diminished by the dysentery they had suffered there, can little have dreamt that the battle of the next day would provide them with one of the most complete victories ever won. Anne Curry's startling new history recreates the campaign and battle from the perspectives of the English and the French. Only now, through an in-depth investigation of the contemporary narrative sources as well as the administrative records, and through a new look at the terrain where the battle was fought, can we come to firmer conclusions on what exactly happened, and why. This book, based on years of painstaking research and reflection, makes clear the genius of Henry V as a military leader, and the strengths and capabilities of the English army which he commanded. There can be no doubt of the desire of the French to resist him and to protect their homeland from his invasion. The French fought bravely and to the death. So what went wrong for the French? This question, and many more, are answered in this lively new history.

Anne Curry is Professor and Chair of History at the University of Southampton, editor of the Journal of Medieval History and the world's leading authority on the battle of Agincourt. She is the advisor to the battle of Agincourt battlefield centre in Normandy and was historical consultant for the recent Channel 5 documentary of the battle in the Battlefield Detectives series. Her other books include The Battle of Agincourt: Sources & Interpretations (as editor), Agincourt 1415 (as editor), and The Hundred Years War. Professor Curry is a member of the Societe de L'Histoire de France. She lives in Reading.