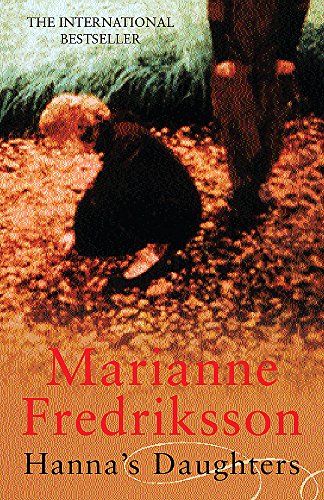 Anna has returned from visiting her mother. Restless and unable to sleep, she wanders through her parents' house, revisiting the scenes of her childhood.

In a cupboard drawer, folded and pushed away from sight, she finds a sepia photograph of her grandmother, Hanna, whoM she remembers as old and forbidding, a silent stranger enveloped in a huge pleated black dress. Now, looking at the features Anna recognises as her own, she realises she is looking at a different woman from the one of her memory.

Set against the majestic isolation of the Scandinavian lakes and mountains, this is more than a story of three Swedish women. It is a moving testament of a time forgotten and an epic romance in every sense of the word.

Marianne Fredriksson was born in 1929. She has two children and was a well known writer and journalist before she wrote her first book in 1980. She is the author of many novels including HANNA'S DAUGHTERS for which she was awarded the Author of the Year award and Book of the Year award in 1994.