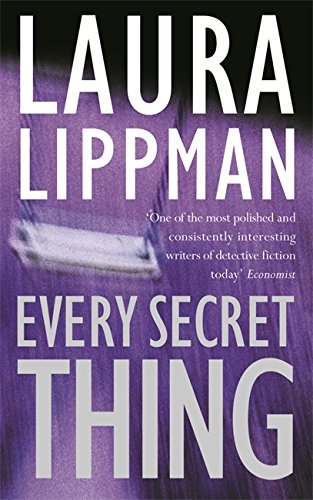 "A book full of rich, complex characters coupled with a gripping plot that's always one step ahead of the reader. And as with real life, it's the reader who's left to work out just who is the real victim in the this emotionally charged tale." (Michael Carlson CRIMETIME 2005)

A breathtaking stand-alone thriller from the acclaimed, award-winning author of the Tess Monaghan series.

It is early evening, summer time and hot. Two eleven-year-old girls, Alice and Ronnie, are on their way home from a swimming party when they happen to see a baby's stroller, with baby girl sleeping inside, left unattended on the top step of a house. Ronnie says to Alice: 'We have to take care of this baby.' But what exactly does she mean?

Four days later the body of little Olivia Barnes is discovered in a hut in Baltimore's rambling Leakin Park by a young rookie detective, Nancy Porter. What can have happened in those four days to bring about this appalling crime? The girls are arrested and found guilty. Seven years later Ronnie and Alice, now eighteen, are released from their separate prisons, back into their old neighbourhood where the mother of baby Olivia still lives. Another child goes missing, and Nancy Porter and her partner get the case ...