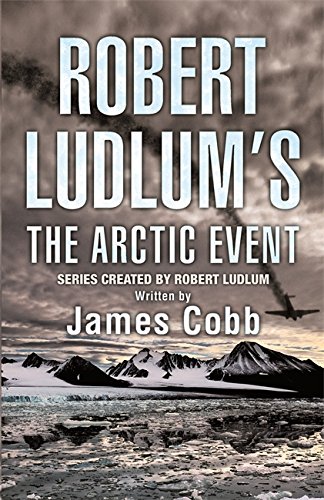 ...high-octane action - bags of it, leavened with the kind of narrative energy that made Ludlum's thrillers such invigorating experiences. It's a page-turner - Cobb has the measure of his late mentor. (Good Book Guide)

On a desolate island deep within the Canadian Arctic, a scientific expedition photograph the wreckage of a bomber on a mountain glacier. To the world at large, the half-century old aeroplane is merely a relic of the early Cold War. Only a handful of insiders know that it still represents a major threat to civilization, as the aircraft is a Soviet Air Force biological warfare platform, still armed with two tons of active weaponized anthrax.

Lieutenant Colonel Jon Smith of Covert-One - the personal action arm of the President of the United States - is assigned to lead CIA agent Randi Russell and the lovely, but lethal, weapons expert, Professor Valentina Metrace to secure the site.

But on the island Smith and his team find themselves confronted with a traitor from within their ranks. Cut off from all outside aid, the operatives must struggle against both betrayal and the brutal polar environment. Gradually they become aware that something else exists within the hulk of the ancient bomber: a secret potentially more devastating than even the plane's warload, and one that could bring about both a cataclysmic revision of global history and serve as the trigger for a Third World War.