Verwandte Artikel zu The Mermaid and the Drunks

Richards, Ben The Mermaid and the Drunks

The Mermaid and the Drunks 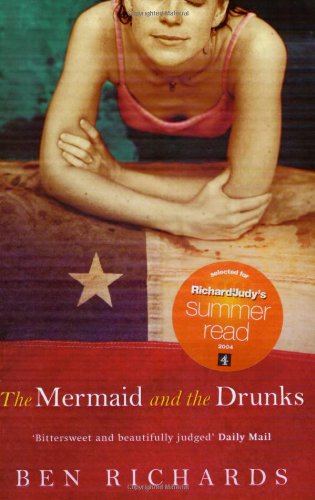 A vividly written novel...The two main characters, Fresia, a Chilean exile, and Joe, a Scottish academic, are wonderful, and the way they fumble their way towards each other is a delight. (SHERLOCK)

An intriguing plot...[and an] articulate and humorous look at the role of the outsider analysing a foreign culture and set of politics. (GUARDIAN (26.6.04))

set in Chile and stuffed to bursting with local colour. (THE SCOTSMAN (19.6.04))

Extremely readable. It's full of great jokes and fascinating characters whilst the dark political undercurrents remind the reader of a turbulent and tragic piece of history. (DAILY EXPRESS (16.7.04))

Fresia Castillo's father left Chile smuggled in the boot of a car; her mother crossed the Andes by bus with two small children. Fresia, a photographer, has lived all of her life in Britain, but following the death of her father, she has decided it is time to return. Despite one previous visit when she felt at odds with her Chilean relatives, she is drawn to a land so rich in landscapes and extremes. It is also, of course, a place of political extremes, and the aftershocks of Pinochet's regime are still reverberating.

On the journey to Santiago she meets Joe, a young university lecturer. When the two of them become entangled with a wealthy and mysterious Anglo-Chilean whose son has disappeared from a bar, their journey takes some unexpected turns.

Exotic and sensuous, this is beguiling novel about identity, loyalty, friendship and unrequited love set against the backdrop of a country emerging from political turmoil.

1. The Mermaid and the Drunks

2. The Mermaid and the Drunks

3. The Mermaid and the Drunks Richards, Ben