History of a Pleasure Seeker 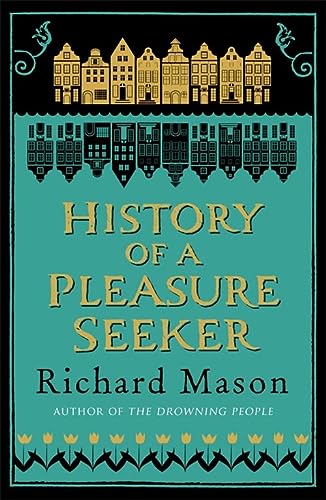 A hugely accomplished novel - the story of Piet Barol, a young, provincial Dutchman and the social and sexual adventures he embarks upon in belle epoque Amsterdam. (THE INDEPENDENT)

Richard Mason's new novel - elegant, upholstered and, for all the sex, well-behaved - is part of a trend... for historical novels that seem not only set but written in the past - modern tracings, skilfully done, of old tropes, old forms. (ADAM LIVELY THE TIMES LITERARY SUPPLEMENT)

a masterpiece. Like Henry James on Viagra. Not only gripping as hell, but brilliantly arranges that the imagined world of Maarten and Jacobina's household sits entirely within Amsterdam of the belle epoque. I thought Piet was wonderfully drawn - rogueish and yet wholly sympathetic. (Alex Preston, author of This Bleeding City)

Mason tells his story with humour, charm, fine attention to detail and a healthy dose of eroticism. (INDEPENDENT ON SUNDAY)

'The adventures of adolescence had taught Piet Barol that he was extremely attractive to most women and to many men. He was old enough to be pragmatic about this advantage...'

It is 1907. The belle époque is in full swing. Piet Barol has escaped the drabness of the provinces for the grandest mansion in Amsterdam. As tutor to the son of Europe's wealthiest hotelier, he learns the intimate secrets of this glittering family - and changes it forever. With nothing but his exquisite looks and wit to rely on, he is determined to make a fortune of his own. But in the heady exhilaration of this new world, amid delights and temptations he has only dreamed of, Piet discovers that some of the liaisons he has cultivated are dangerous indeed.

1. History of a Pleasure Seeker