Verwandte Artikel zu JFK Day by Day: A Chronicle of the 1,036 Days of John...

Golway, Terry JFK Day by Day: A Chronicle of the 1,036 Days of John F. Kennedy's Presidency

JFK Day by Day: A Chronicle of the 1,036 Days of John F. Kennedy's Presidency 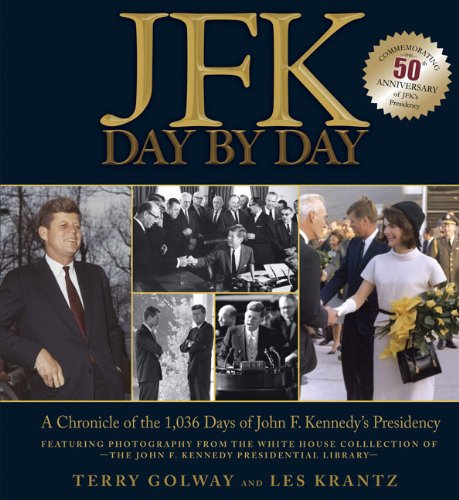 John F. Kennedy was elected America’s 35th president in November 1960, and even long after his tragic assassination in 1963 he remains one of the most celebrated leaders of all time among common citizens and historians alike.

In JFK: Day by Day author Terry Golway dissects each and every day of the Kennedy Administration?featuring dated headings, researched accounts, eyewitness testimony, and archival photographs?addressing both political and family affairs to provide the most complete picture of the ?Camelot” years available.

The unique timeline format, masterfully researched text, and prolific photography make this one of the most easily accessible and comprehensive books on the topic to date. It is an excellent addition to both the serious historian’s library, as well as the average American’s coffee table.

Terry Golway is the director of the John Kean Center for American History at Kean University in Union, NJ. A former member of the New York Times Editorial Board, and former City Editor of the New York Observer, he has authored several history books, including Let Every Nation Know, an academic study of John F. Kennedy’s speeches. Golway has also appeared in documentaries on PBS and the History Channel among others. He lives in northern New Jersey.

4. JFK: Day by Day: A Chronicle of the 1,036 Days of John F. Kennedy's Presidency Terry Golway and Les Krantz