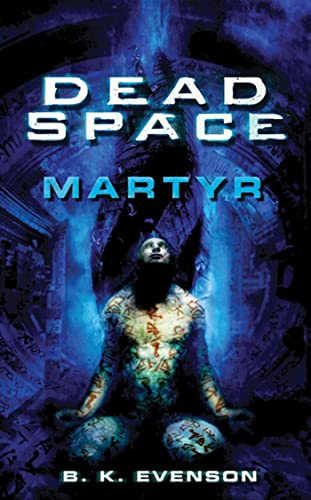 When geophysicist Michael Altman hears of the mysterious signal emitted from deep within the Chicxulub crater, he can not resist the lure of an undiscovered artifact. With his girlfriend Ada, he joins a team excavating the underwater crater, determined to find the source of the baffling message. The artifact, named "The Black Marker," possesses a mysterious power. Close proximity to the stone causes strange occurrences: visions of the dead, vivid dreams, and violent murders. When Michael secretly obtains a small piece of the marker, he too begins to dream.

The Black Marker has chosen him to hear his message: You need to prove yourself worthy of eternal life, or the slate will be wiped clean on Earth.

This is the story of the origin of "The Black Marker," the foundation of the Church of Unitology, and a discovery that will change the world.

B.K. Evenson has also published the Aliens franchise novel Aliens: No Exit and the Halo short story "Pariah" in Halo: Evolutions. As Brian Evenson, he is the author of Last Days and The Open Curtain. He has been a finalist for an Edgar Award, a Spinetingler Award and a Shirley Jackson Award, and received and IHG Award. Last Days was chosen by the American Library Association as Best Horror Novel of 2009.

Buchbeschreibung Tor Books, 2011. Paperback. Zustand: GOOD. Has little wear to the cover and pages. Contains some markings such as highlighting and writing. Bestandsnummer des Verkäufers 0765364301_abe_gd

Buchbeschreibung Tor Books, 2011. Zustand: Good. A+ Customer service! Satisfaction Guaranteed! Book is in Used-Good condition. Pages and cover are clean and intact. Used items may not include supplementary materials such as CDs or access codes. May show signs of minor shelf wear and contain limited notes and highlighting. Bestandsnummer des Verkäufers 0765364301-2-4