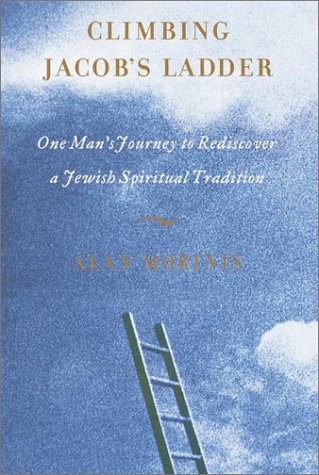 Disenchanted with his life, the author, along with the help of Rabbi Alan Perr, finds enlightenment in Musar, a thousand-year-old discipline that was buried in his Jewish heritage, in an exhilarating true account of one man's illuminating spiritual journey that reveals the valuable lessons of Musar.

Jewish by birth, though from a secular family, Alan Morinis took a deep journey into Hinduism and Buddhism as a young man. He received a doctorate for his study of Hindu pilgrimage, learned yoga in India with B. K. S. Iyengar, and attended his first Buddhist meditation course in the Himalayas in 1974. But in 1997, when his film career went off track and he reached for some spiritual oxygen, he felt inspired to explore his Jewish heritage. In his reading he happened upon a Jewish tradition of spiritual practice called Mussar. Gradually he realized he had stumbled on an insightful discipline for self-development, complete with meditative, contemplative, and other well-developed transformative practices designed to penetrate the deepest roots of the inner life.

Eventually reaching the limits of what he could learn on his own, he decided to seek out a Mussar teacher. That was not easily achieved, since almost the entire world of the Mussar tradition had been wiped out in the Holocaust. In time, he did find an accomplished master who stood in an unbroken line of transmission of the Mussar tradition, and who lived at the center of a community of Orthodox Jews on Long Island. This book tells the story of Morinis’s journey to meet his teacher and what he learned from him, and reveals the central teachings and practices that are the spiritual treasury and legacy of Mussar.

Alan Morinis has written this book because the wisdom and practices that helped him so much have not penetrated the world beyond the confines of Orthodox Judaism, and may not be fully appreciated even there at this time. His hope is that Jews and non-Jews alike will find in Mussar a time-tested path of spiritual practice that will help them discover the hidden radiance within.