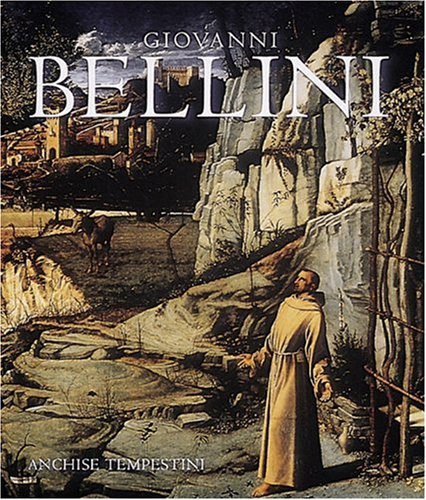 Explores the life and masterworks of Bellini, the artist whose name is synonymous with Venetian Renaissance painting. The opening essay by Tempestini (art historian, Kunst-historisches Institut in Florence) places the painter in his historical and art-historical context. Twenty-five short essays, to

In his seventies, Giovanni Bellini (c. 1430-1516) was described by the German master Albrecht Durer as "very old, but still the best in painting" and even now art historians agree that he was the most inventive painter Northern Italy produced. Giovanni, the youngest of the three Bellini painters, was the Doge's chief painter and the teacher of Titian, Giorgione, and dozens of others.

He was versatile and imaginative in producing numerous different Madonna paintings for churches and private patrons, exquisitely calibrating his style for a variety of commissions from small devotional works to huge altarpieces. He often included beautifully observed landscapes and natural details in his moving sacred scenes as well as his sensitive and boldly simple portraits.

His paintings -- prized works in the collections of major museums throughout American and Europe -- are presented here in stunning full-color photography to complement Anchise Tempestini's elegant and lucid text. An opening essay placing the painter in his historical and art-historical context is followed by twenty-five short essays on paintings of major importance, illustrated with enlarged details.