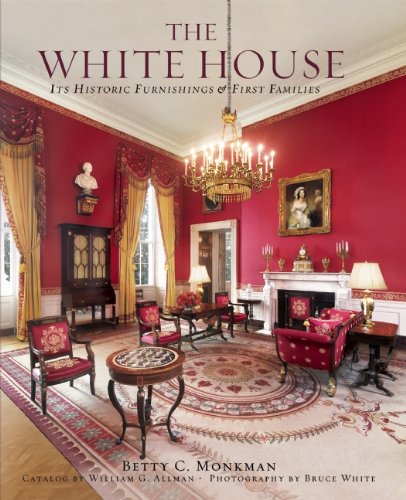 "Betty C. Monkman's The White House is impeccably curated" --Vanity Fair "Lovers of history or the decorative arts, in particular, will find this book abundantly satisfying, but anyone with a national pride will appreciate and admire their "Family" heirlooms." --Publishers Weekly

New edition features never-before-published photographs of rooms decorated during the Obama and Bush presidencies. Published in conjunction with the White House Historical Association. Ever since the White House was built over 200 years ago, its decor has been of great interest to visitors, historians, and anyone interested in our nation's history and how it was manifested in our country's most famous residence. Influenced not only by styles of the moment, the White House interiors are even more affected by the sensibilities of its occupants, our presidents and their first families. This updated edition features new photos and information from recent renovations of the Green Room, the Queens' Bedroom, Family Dining Room, Lincoln Bedroom and Lincoln Bed, Lincoln Sitting Room, and the Oval Office. Also highlighted will be china from the Clinton and Bush administrations and a fire screen acquired during the Obama administration. Author Betty Monkman shares historical facts and anecdotes revealing how the furnishings and artwork showcased in this book came to the White House, sometimes under controversial circumstances. She describes how Mary Todd Lincoln earned public criticism for indulging in excessive shopping expeditions and expenditures during the early days of the Civil War. Readers also learn how Jacqueline Kennedy took a vastly different approach to changes in the president's residence, by working to transform the White House into a place where visitors could learn about the history of the country.

1. The White House: Its Historic Furnishings and First Families