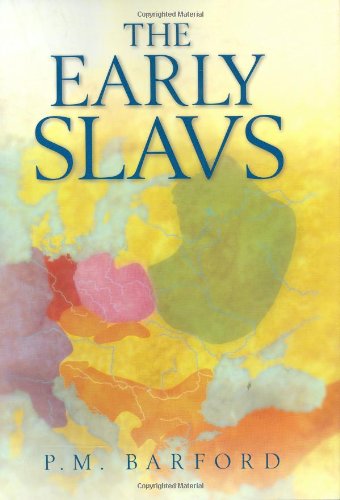 "It is Barford's intent to help the West European non-specialist understand this other half of Europe . . . . Sources are primarily archaeological, supplemented by linguistic evidence and the written observations of neighboring peoples. There are extensive notes and illustrations. . . . Essentially this volume is a welcome update of Gimbutas' The Slavs."-Virginia Quarterly Review, Vol. 78, No. 3 "Especially useful and interesting is the final chapter, which considers the relevance of Slavic history to modern Europe by discussing the systematic differences in interpretations by nationalist scholars of the Third Reich, communist regimes, and various nations before WWII, as well as postcommunist accounts that strive to be both nationalistic and pan-European. . . . Barford thus shows how the demands of the present structure visions of the past. The book is timely, ambitious, scholarly, and well written."-Choice, May 2002 "For those wanting to explore ancient Balkans history, The Early Slavs . . . is a thorough archaeological, linguistic, and literary historical survey of life in Eastern Europe and Russia from the 5th to the 10th century. Much of Barford's source material has not been available in English, making this well-illustrated and well-mapped volume a valuable contribution."-George M. Eberhart, College and Research Library News, September 2002 "Of all the peoples who lived between the Atlantic and the Urals during the first millennium A.D., few are more elusive than the 'Slavs,' who occupied a broad swath of central and eastern Europe. Paul Barford, an archaeologist with length in-country experience in Poland, has taken on this challenge in writing The Early Slavs: Culture and Society in Early Medieval Eastern Europe. . . . A fine synthesis of a very difficult corpus of information that establishes a baseline for further scholarship on issues of serious historical and archaeological importance. It will play an important role in breaking through the 'we were here first' or 'where were the first Slavs?' approaches that have characterized much of the work of the past century."-Peter Bogucki, Princeton University, Slavic Review 61: 4, Winter 2002 "The introduction provides a helpful survey of recent historical writings about the Slavs, offers sound cautionary advice for budding historians about 'sources,' and alerts readers to current archaeological and linguistic theories of use to the historian."-T. Allen Smith, University of St. Michael's College, Canadian Slavonic Papers, XLIII: 4, December 2001 "Seasoned scholars will appreciate this remarkable study of the early history of the Slavs, but it is also well suited for use in the college classroom. . . . This volume was a pleasure to read, the maps and illustrations fascinating to peruse. Its publication should fill a certain gap felt by teachers of Slavic Studies."-Kevin Hannan, Zebrzydowice, Poland, Slavic and East European Journal 46:2

More than 270 million people in Europe speak one of the many Slavic languages and dialects, but the origins and development of Slavic culture are still among the most difficult problems facing archaeologists. P.M. Barford's book is a remarkably comprehensive and accessible synthesis of the most recent archaeological discoveries, linguistic research, and literary-historical evidence about the origins of the Slavs. Much of this evidence, gleaned in the wake of recent political changes in Eastern Europe, has been unavailable in English.During the early medieval period, the Slavs expanded from their original homeland in the Ukraine to colonize vast areas and to found most of the modern nations in Eastern Europe. With first-hand knowledge of the archaeology and other research, P. M. Barford vividly portrays daily life in Eastern Europe from the early fifth to the end of the tenth century A.D., a period of profound transformation. Barford's rich and accessible survey provides the latest thinking on issues central to ongoing and sometimes fierce debates about the origins of various Slavic nations. For example: Was the first Russian state Slavic or Scandinavian? Was the first Bulgarian Empire Turkic or Slavic? Newly compiled maps and a generous number of illustrations chart the main cultural changes that took place over six centuries in the Slavic regions of Europe.