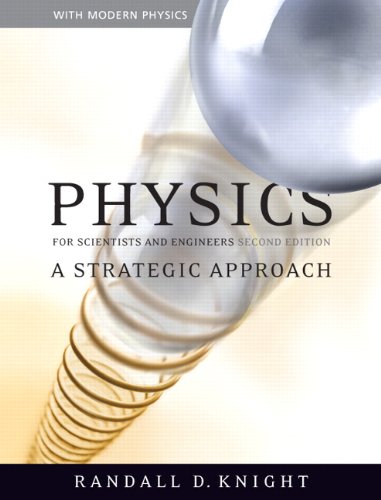 As the most widely adopted new physics text in more than 50 years, Knight's Physics for Scientists and Engineers was published to widespread critical acclaim from professors and students. In this eagerly awaited second edition, Knight builds on the research-proven instructional techniques he introduced, as well as national data of student performance, to take student learning even further. Knight's unparalleled insight into student learning difficulties, and his impeccably skillful crafting of text and figures at every level - from macro to micro - to address these difficulties, results in a uniquely effective and accessible book, leading students to a deeper and better-connected understanding of the concepts and more proficient problem-solving skills. Building on an NSF-sponsored educational research program and input from tens of thousands of student users, the second edition refines and extends the pedagogical innovations that years of use has now shown to be effective. Unprecedented analysis of national student metadata has allowed every problem to be systematically enhanced for educational effectives, and to ensure problem sets of ideal topic coverage, balance of qualitative and quantitative problems, and range of difficulty and duration. The second edition comes with the latest edition of MasteringPhysics (TM)- the most advanced, educationally effective (as shown by gains in student exams scores and independent tests), and widely used online physics tutorial and homework system in the world. It provides the largest library of research-based tutorials and textbook problems available, and automatic grading of activities as wide ranging as numerical problems with randomized values and algebraic answers to free-hand drawn graphs and free-body diagrams.

Randy Knight has taught introductory physics for 25 years at Ohio State University and California Polytechnic University, where he is currently Professor of Physics and Director of the Minor in Environmental Studies. Randy received a Ph.D. in physics from the University of California, Berkeley and was a post-doctoral fellow at the Harvard-Smithsonian Center for Astrophysics before joining the faculty at Ohio State University. It was at Ohio State, under the mentorship of Professor Leonard Jossem, that he began to learn about the research in physics education that, many years later, led to Five Easy Lessons: Strategies for Successful Physics Teaching and this book. Randy's research interests are in the field of lasers and spectroscopy. When he's not in the classroom or in front of a computer, you can find Randy hiking, sea kayaking, playing the piano, or spending time with his wife Sally and their seven cats.

1. Physics for Scientists and Engineers: A Strategic Approach with Modern Physics (2nd Edition)

2. Physics for Scientists and Engineers: A Strategic Approach with Modern Physics (2nd Edition)

3. Physics for Scientists and Engineers: A Strategic Approach with Modern Physics (2nd Edition)

4. Physics for Scientists and Engineers: A Strategic Approach with Modern Physics (2nd Edition)