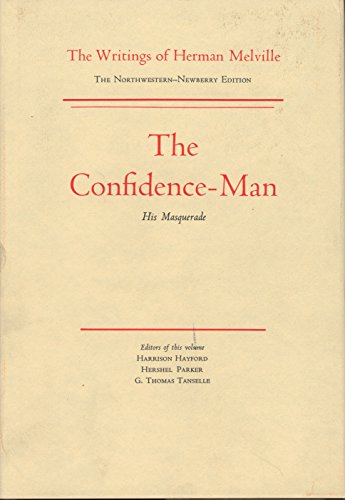 Long considered Melville's strangest novel, The Confidence-Man is a comic allegory aimed at the optimism and materialism of mid-nineteenth century America. A shape-shifting Confidence-Man approaches passengers on a Mississippi River steamboat and, winning over his not-quite-innocent victims with his charms, urges each to trust in the cosmos, in nature, and even in human nature--with predictable results. In Melville's time the book was such a failure he abandoned fiction writing for twenty years; only in the twentieth century did critics celebrate its technical virtuosity, wit, comprehensive social vision, and wry skepticism. This scholarly edition includes a Historical Note offering a detailed account of the novel's composition, publication, reception, and subsequent critical history. In addition the editors present the twenty-six surviving manuscript leaves and scraps with full transcriptions and analytical commentary. This scholarly edition aims to present a text as close to the author's intention as surviving evidence permits. Based on collations of both editions publishing during Melville's lifetime, it incorporates 138 emendations made by the present editors. It is an Approved Text of the Center for Editions of American Authors (Modern Language Association of America).

Herman Melville (1819-91) was an American novelist, short-story writer, and essayist. His novels include Moby-Dick, Typee, and Omoo, all published in authoritative editions by Northwestern University Press.