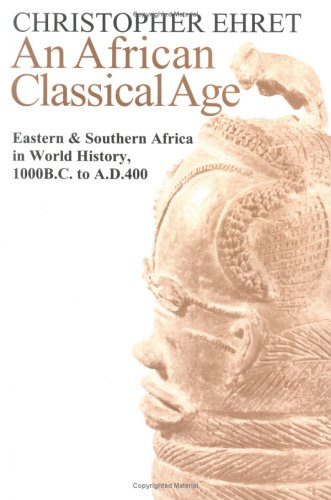 "This is an ambitious, imaginative, and impressive book. Using especially the evidence and methods of historical linguistics, Ehret reconstructs a remarkably rich social and cultural history of eastern and southern Africa, from 1000 B.C.E. to 400 C.E. He provides broad, provocative interpretations of social, cultural, and economic developments and interactions over this long period among the major ethnolinguistic groups [and] on the historical stage - Khoisan gatherer-hunters, Central Sudanians, Eastern Sahelians, Southern Cushites, and the various Bantu-speaking communities that spread throughout the region.... This is a major work." - Choice "Ehret has written a fabulous African history book, furthering a genre far from the seemingly ubiquitous slavery studies and trendy colonial social history. Future studies of the African classical age will benefit and so will researches on A.D. 1000-1900. With flair, Christopher Ehret has applied the concept of longue duree to east-southern African history." - Historian "An African Classical Age will itself become a classic and shape future scholarship in early African history for many years to come." - Annals of the American Academy of Political and Social Science "Ehret gives us rich insights into big questions of world history, while also showing how prehistory can be deciphered with a method termed linguistic archaeology." - Nature"