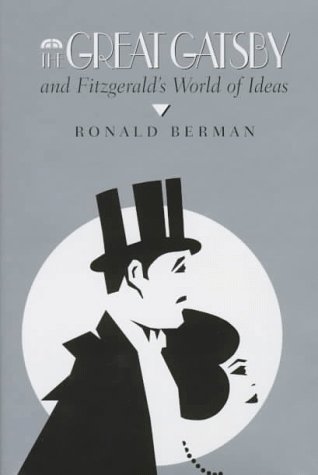 A valuable critical guide to The Great Gatsby and Fitzgerald's thematic preoccupations centering around the author's dialectic with the morality of the 1920s and that of what he described as "old America." Berman (literature, U. of California) skillfully discloses Fitzgerald's philosophical awareness, influences by William James, George Santayana, and Edmund Wilson, and the echoes of those influences voiced by characters such as Gatsby and Nick Carraway. The volume was the recipient of the 1995 Elizabeth Agee Prize in American Literature. Annotation c. by Book News, Inc., Portland, Or.

"The Great Gatsby and Fitzgerald's World of Ideas" focuses on F. Scott Fitzgerald and the prevailing ideas and values that permeated American society in the late teens and early twenties, providing a vivid portrait of the intellectual and cultural milieu in which "The Great Gatsby" was produced. This new and original reading of "Gatsby" discloses Fitzgerald's remarkable awareness of the issues of his time and his debt to such philosophers and critics as William James, Josiah Royce, George Santayana, John Dewey, Walter Lippman, H. L. Mencken, and Edmund Wilson. Berman's fresh approach considers the meaning of various ideas important to the novel: for example, those moral qualities governing both social and individual life. Berman's reading of the text reveals extraordinary emphases on matters that could productively be described as philosophicalthe nature of friendship, love, and the good life. But the text of the novel has many echoes, and the same concern with moral issues -- especially those issues affecting democratic life -- can be found in a number of other texts of the first quarter of the century. Vigorously debated throughout Fitzgerald's own lifetime, these texts shed a completely new light on the idealism of "The Great Gatsby" and on the penetrating view it has of life in a new form of American democracy. Ronald Berman, noted Fitzgerald scholar, makes it clear that accepted interpretations of "The Great Gatsby" and of Fitzgerald's work in general must be changed. Berman demonstrates that Fitzgerald wrote within a vast dialectic, relating the ideas of the twenties to those of the "old America" described in so many of his works. Gatsby, Nick Carraway, and the othercharacters of Fitzgerald's greatest novel all have to consider not only their relationship to the present but also their distance from what was once a highly meaningful past.

1. The Great Gatsby: And Fitzgerald's World of Ideas

2. The Great Gatsby: And Fitzgerald's World of Ideas