Verwandte Artikel zu The Flower and the Scorpion: Sexuality and Ritual in...

The Flower and the Scorpion: Sexuality and Ritual in Early Nahua Culture (Latin America Otherwise) 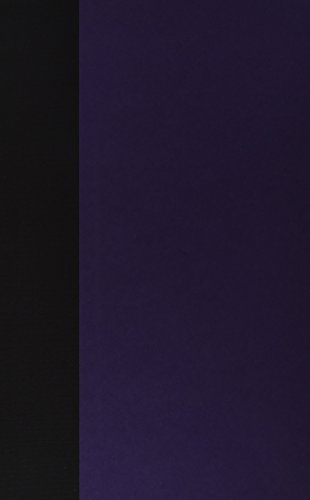 "[A] masterful job.... This is a fascinating and challenging work. Sigal has taken the reader back to pre-Columbian times and attempted to strip away the colonial layers of Spanish discourse and worldview in order to reach the Nahua of before the conquest. His is a compelling argument and will certainly serve as a point of departure for further research." -- John F. Schwaller * Ethnohistory * "By exceeding any previous analysis of Nahua rituals' sexual aspects, Sigal has made a valuable contribution to the history of religion and the history of sexuality." -- Louise M. Burkhart * American Historical Review * "This is an important and provocative book, which deserves to be widely read by both Nahua specialists and gender historians. This is challenging territory, but those brave enough to venture there will find ideas which encourage us not only to rethink Nahua ideas of sexuality, but also to challenge the fixed nature of individual and collective identity." -- Caroline Dodds Pennock * Gender and History * "The scholarship offered by this study is sound, enlightening, and interesting. This work contributes to our understanding of Nahua perceptions of gender and sexuality according to autochthonous frames, and how they adjusted to the demands of Christianity. The Flower and the Scorpion is clearly written and very enjoyable to read." -- Rocio Cortes * Hispanic American Historical Review * "This book emerges from a scholarly utilization of sixteenth- and seventeenth-century primary sources to illuminate not only very complex Nahua thought and practices but also the colonial context that shaped the discourse around themes that defy our modern labels, such as `sex' itself. Pete Sigal employs his training in Nahuatl to analyze terms and texts in their original language, producing his own translations and interpreting meanings, always with an effort to delineate Western frames and biases that might color our understanding."-Stephanie Wood, author of Transcending Conquest: Nahua Views of Spanish Colonial Mexico "The Flower and the Scorpion is a fascinating history of understandings of Nahua sexuality from the precontact era through the early colonial period. Drawing on a stunning array of Nahuatl- and Spanish-language primary sources, Pete Sigal considers what the Nahua wrote about their beliefs, deities, rituals, and activities relating to sexuality. But The Flower and the Scorpion is not only about the Nahua; it is also about the Spaniards and what they thought about sexuality, their own and that of the Nahua. Sigal shows us how different the perceptions of the Nahua and the Spaniards were, especially as they related to sex, and how different their ideas remained well into the seventeenth century, even as they lived in close proximity to one another."-Susan Schroeder, editor of The Conquest All Over Again: Nahuas and Zapotecs Thinking, Writing, and Painting Spanish Colonialism

Prior to the Spanish conquest, the Nahua indigenous peoples of central Mexico did not have a notion of "sex" or "sexuality" equivalent to the sexual categories developed by colonial society or those promoted by modern Western peoples. In this innovative ethnohistory, Pete Sigal seeks to shed new light on Nahua concepts of the sexual without relying on the modern Western concept of sexuality. Along with clerical documents and other Spanish sources, he interprets the many texts produced by the Nahua. While colonial clerics worked to impose Catholic beliefs-particularly those equating sexuality and sin-on the indigenous people they encountered, the process of cultural assimilation was slower and less consistent than scholars have assumed. Sigal argues that modern researchers of sexuality have exaggerated the power of the Catholic sacrament of confession to change the ways that individuals understood themselves and their behaviors. At least until the mid-seventeenth century, when increased contact with the Spanish began to significantly change Nahua culture and society, indigenous peoples, particularly commoners, related their sexual lives and imaginations not just to concepts of sin and redemption but also to pleasure, seduction, and rituals of fertility and warfare.