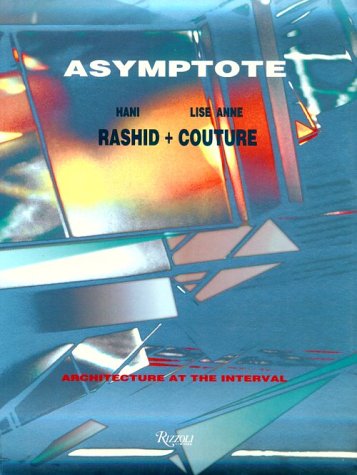 Founded in New York in 1987, Asymptote is a highly regarded, innovative young firm whose avant-garde work includes building designs, urban planning proposals, gallery installations, and computer-generated imaging and environments. Asymptote's practice explores the meaning of architectural production in today's post-information age, when digital and telecommunications technology and an increasingly sophisticated media are radically changing our perception of space and time. In this first volume of their work, Asymptote presents fifteen speculative and experimental works and ten architectural projects, many of which were for prestigious international invited competitions. These include the new library for Alexandria, Egypt; the Moscow State Theater; a national courthouse for Groningen, the Netherlands; the Berlin Spreebogen, a new parliamentary precinct; and a proposal for a new city center in Lanciano, Italy. Also featured is Asymptote's award-winning design for the Los Angeles West Coast Gateway, a national monument commemorating Pacific Rim immigration. Their work has been exhibited in Paris, Berlin, London, Kyoto, Montreal, Los Angeles, Toronto, and New York. Hani Rashid and Lisa Anne Couture, Asymptote's principal's, introduce the book with a lyrical essay, an appeal for a new architecture that is anticipatory, imperfect, and precisely misaligned. A critical essay by Frederic Migayrou discusses Asymptote's practice in the context of contemporary architectural theory and practice.

Hani Rashid received his master of architecture from Cranbrook Academy of Art; he is an adjunct associate professor of architectue at Columbia University in New York. He has taught at the Harvard University Graduate School of Design; the Städelschule in Frankfurt, Germany; the Royal Danish Academy in Copenhagen; and the Southern California Institute of Architecture in Los Angeles.

Frédéric Migayrou is Conseiller pour les Arts Plastiques with the French Ministry of Culture in Orléans, France. He received his Ph.D. in philosophy at the Sorbonne and has written extensively on art, architecture, philosophy, and culture.

1. Asymptote: Architecture at the Interval

2. Asymptote: Architecture at the Interval

3. Asymptote : Architecture at the Interval