Verwandte Artikel zu Fishing Boats of the World 3: No. 3 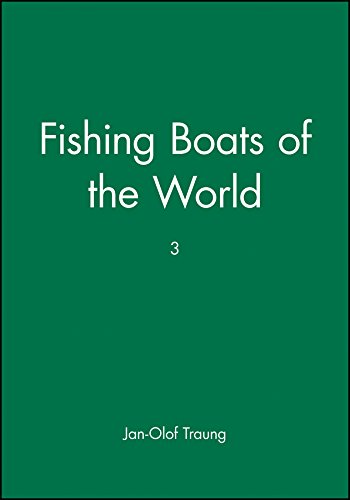 The third volume in the series, based on the Food and Agriculture Organization Fishing Boat Congress held in Gothenburg, completes and unparalleled survey of matters relating to fishing vessels in different parts of the world. The six sections covering in the main inshore and near water vessels include techno--socio and economic boat problems, performance, materials, engineering, design and developments. Thus is completed a trilogy, which, in combination represents an amazing library of naval architecture and fishery operation literature. Contains summaries in French and Spanish.

From a series of three Congresses on Fishing Boats organised by the Food and Agriculture Organization of the United Nations held successively at six-year intervals in Hamburg, Rome and Gothenburg three notable books emerged under the title Fishing Boats of the World 1, 2 and 3.

This volume, number 3, like the others, concentrates on specific aspects of the problem of improving world fishing activity. This related to the smaller types of craft used in in-shore and near-water fishing and in the case of developing countries, to indigenous craft such as canoes powered with outboard or inboard engines.

That objective was covered in six major sections. The first dealt with the factors which influences the design of boats in various communities; the second with the performance of craft in practical operation. Materials used such as wood, aluminum, plastics, fiberglass, etc., were considered in the third section with useful comparisons made with conventional usage. The fourth section dealt with engineering problems-engine location, different types, deck machinery and refrigeration equipment. The fifth section is aimed at helping small boat users in inshore fishing; lakes and rivers and gives outstanding help to the need of developing countries. The sixth section deals with craft for stern trawling, tuna fishing, combination vessels and even catamarans for certain types of fishing.

Editor of all three volumes is Jan-Olof Traung. The continuity of design and the careful inclusion of metric and alternative measurements together with ample lists of symbols and abbreviations make the series a working library of utmost value.

1. Fishing Boats of the World 3

2. Fishing Boats of the World 3

3. Fishing Boats of the World 3