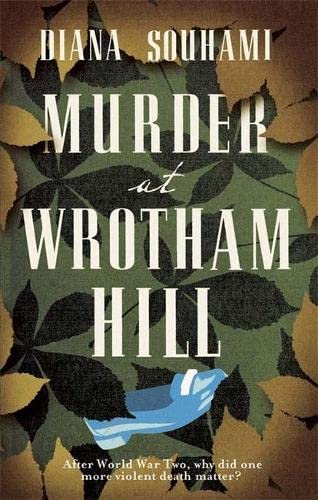 '[Souhami] builds up a vivid portrait of postwar Britain ... riveting, both historically and as a literary tour de force' Literary Review. (Literary Review)

'a brilliantly formulated and well-written account of a tawdry murder that shines a bright light on postwar austerity England' Jenny Diski. (Jenny Diski)

'Souhami has seen the missing piece, and with great clarity and attention to its cultural meanings as well as to the pathos of the protagonists, re-created this casual murder, showing it to be as charmless and petty as the times themselves' London Review of Books. (London Review of Books)

'The murder of an unknown woman in 1946 might not, at first, seem a sufficiently weighty subject for as distinguished a writer as Diana Souhami ... [but she] places this murder in the context of an era of war crimes, the Holocaust and the bombing of Hiroshima and Nagasaki, suggesting profound and disturbing philosophical questions about the nature of crime and punishment' Metro (Metro)

'Souhami evokes these drab, joyless years with painful brilliance, so that one can almost feel the shabby poverty and smell the foggy, coal-dust filled air' The Spectator. (Spectator)

'Souhami superbly captures the shattered mood in this era, and shows us ordinary men and women grappling with new definitions of evil' Mail on Sunday. (Mail on Sunday)

'Souhami's dissection of the murder is completely engrossing in its insistence that fatality is about fallible human beings' The Times. (The Times)

Murder at Wrotham Hill takes the killing in October 1946 of Dagmar Petrzywalski as the catalyst for a compelling and unique meditation on murder and fate. Dagmar, a gentle, eccentric spinster, was the embodiment of Austerity Britain's prudence and thrift. Her murderer Harold Hagger's litany of petty crimes, abandoned wives, sloughed-off identities and desertion was its opposite. The texture of their lives and the impression their experiences made on their characters fated their meeting on that bleak autumn morning - and determined the manner in which both would meet their death. Featuring England's first celebrity policeman, Fabian of the Yard, the celebrated forensic scientist, Keith Simpson, and history's most famous and dedicated hangman, Albert Pierrepoint, this is a gripping and deeply moving book.