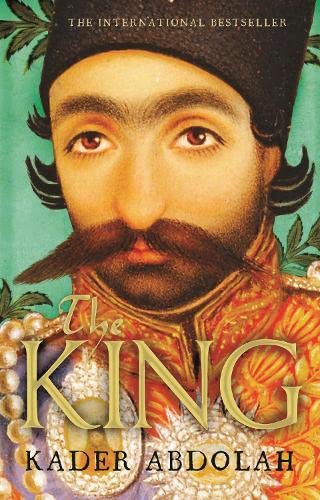 The King is utterly fabulous in both senses of the word: a sly, witty, knowing fable, full of charm and humour. Deceptively simple in its storytelling, it reads like one of Angela Carter's fairy tales transposed into the nineteenth-century Qajar Persian court. Kader Abdolah is a masterful and completely addictive storyteller -- WILLIAM DALRYMPLE A strong and colourful story illuminating the complex forces that have shaped contemporary Iran * * Metro * * Glorious * * The Times * * Set in the last half of the 19th century, The King is a biography of brutality and ambition; all of its characters strive to shape their own lives as well as the destiny of their evolving nation * * New York Times * * Told in a simple yet gripping style based on the great epic history of early Persia, the 'Shahnameh' written by Firdawsi about a thousand years ago. It proves a very effective model for this dramatic tale of a later ruler and his heroic, if often brutal, battles. As in the 'Shahnameh', lyrical passages celebrating Persia break up the harsh history * * Independent * * Abdolah brings a crucial moment in 19th-century Persian history to vivid life * * Independent * * The King probes questions of power and authority through wry fable - Salman Rushdie's Shame meets Hilary Mantel's Wolf Hall . . . the story is rich with subtle touches . . . in the grand tradition of Persian literary satire, the writing is playful, subversive, and compassionate . . . resplendent * * Financial Times * * Excellent . . . accessible and deceptively light * * Scotsman * * A modern epic * * Independent * * A very detailed and well-researched historical account * * Guardian * *

It is the nineteenth century and the kingdom of Persia is at a turning point. When a young King, Shah Naser, takes to the throne he inherits a medieval, enchanted world. But beyond the court, the greater forces of colonisation and industrialisation close in. The Shah's grand vizier sees only one solution - to open up to the outside world, and to bring Persia into modernity. But the Shah's mother fiercely opposes the vizier's reforms and sets about poisoning her son's mind against his advisor. With bloody battles, intrigue and extraordinary characters, The King brings a historical moment brilliantly to life. Reading as fairy tale and shedding light on a pivotal period in history, The King confirms Kader Abdolah as one of the world's most engaging storytellers.

Buchbeschreibung Canongate Books 16/01/2014, 2014. Paperback. Zustand: Very Good. Shipped within 24 hours from our UK warehouse. Clean, undamaged book with no damage to pages and minimal wear to the cover. Spine still tight, in very good condition. Remember if you are not happy, you are covered by our 100% money back guarantee. Bestandsnummer des Verkäufers 6545-9780857862952

Buchbeschreibung -. Paperback. Zustand: Very Good. The King This book is in very good condition and will be shipped within 24 hours of ordering. The cover may have some limited signs of wear but the pages are clean, intact and the spine remains undamaged. This book has clearly been well maintained and looked after thus far. Money back guarantee if you are not satisfied. See all our books here, order more than 1 book and get discounted shipping. Bestandsnummer des Verkäufers 7719-9780857862952

Buchbeschreibung Canongate Books. Paperback. Zustand: Fair. A readable copy. All pages are intact, and the cover is intact. Pages can include considerable notes-in pen or highlighter-but the notes cannot obscure the text. At ThriftBooks, our motto is: Read More, Spend Less. Bestandsnummer des Verkäufers G0857862952I5N00

Buchbeschreibung Canongate Books, 2014. Paperback. Zustand: Used; Good. **SHIPPED FROM UK** We believe you will be completely satisfied with our quick and reliable service. All orders are dispatched as swiftly as possible! Buy with confidence!. Bestandsnummer des Verkäufers 1866824