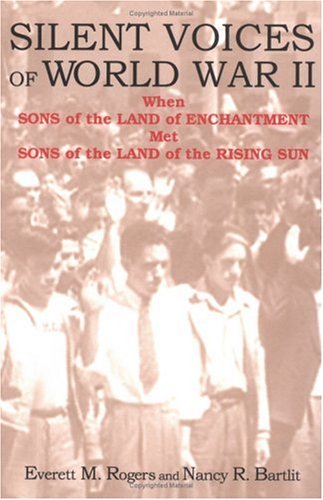 When World War II began, New Mexico had a population of 531,815 inhabitants, one of the least populated of the 48 states. Yet, New Mexico and New Mexicans played a key role in the outcome of the War in the Pacific. The New Mexico National Guard was the first U.S. military unit to fight the Japanese, holding on for four months on Bataan, and then suffering through years in POW camps. The atomic bomb was developed at a secret laboratory in Los Alamos, and tested at a site near Alamogordo. Navajo code talkers helped capture bases from which B-29s bombed Japanese cities. Finally, several thousand Japanese Americans, classified by the FBI as dangerous enemy aliens, were interned in a camp near Santa Fe. These seemingly separate events were related through unique qualities of the arid, spacious land. The authors have now provided a voice for the previously silent heroes of these wartime events: Special Engineer Detachment (SED) enlisted men and women at Los Alamos who actually fabricated the atomic bomb, Navajo Marine privates, National Guard enlisted men, and Japanese American internees. Their stories, obtained through personal interviews by Rogers and Bartlit to supplement the historical record, illuminate the patriotism, human suffering, and courageous humor in these important World War II events. EVERETT M. ROGERS, Ph.D., was Distinguished Professor in the Department of Communication and Journalism at the University of New Mexico. His special interest in intercultural communication is illustrated here in analyzing American/Japanese relationships, often occurring through barbed wire stockades or at the end of a gun. NANCY R. BARTLIT earned a BA degree in history from Smith College and an MA in international communications from the University of New Mexico. She taught in Japan for two years, tutored Japanese in Los Alamos, and returned to Japan to study technology and industry. This book is a confluence of her unique familiarity with Japanese people and culture--their war museums and battlefields--and New Mexicans, their multiple cultures, and war memorials. She represents a human link between a country that was once the arch enemy and the place that created the weapon causing