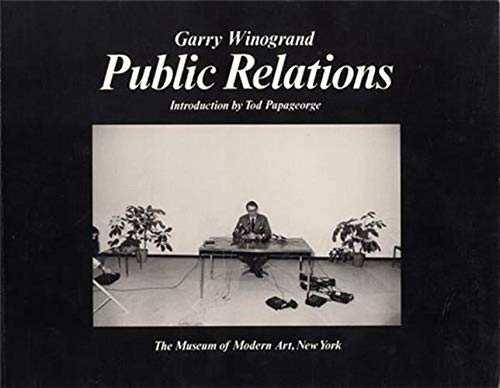 Public Relations is a distillation of a photographic project started by Garry Winogrand in 1969, when he was awarded a Guggenheim Fellowship to photograph what he called "the effect of the media on events."
As Tod Papageorge writes in his Introduction: "With what could be described as passion, fury, and a crone's curiosity, Winogrand photographed marches, rallies, press conferences, games, strikes, demonstrations, moratoria, funerals, parades, award ceremonies, dinners, museum openings, victory celebration, a birthday party, and one moon shot.
The photographs in this book were selected by Tod Papageorge from Garry Winogrand's Public Relations project, exhibited at The Museum of Modern Art.

Garry Winogrand has taught photography, most recently at the University of Texas at Austin.