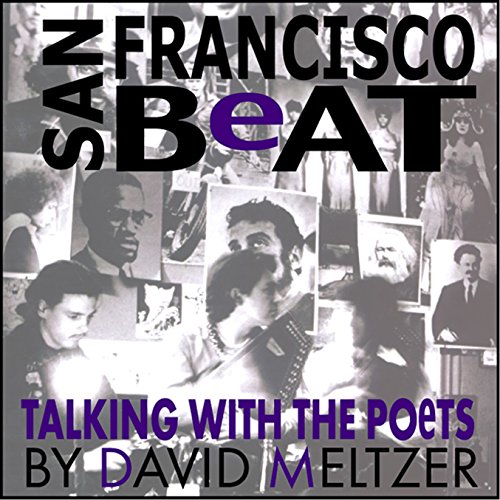 San Francisco Beat is an essential archive of the Beat Generation, a rich moment in a fortunate place. America, somnolent, conformist, and paranoid in the 1950s, was changed forever by a handful of people who refused an existence of drudgery and enterprise, opting instead for a life of personal, spiritual, and artistic adventure. In these intimate, free-wheeling conversations, a baker's dozen of the poets of San Francisco talk about the scene then and now, the traditions of poetry, and about anarchism, globalism, Zen, the Bomb, the Kabbalah, and the Internet. Diane di Prima, William Everson, Lawrence Ferlinghetti, Jack Hirschman, Joanne Kyger, Philip Lamantia, Michael McClure, David Meltzer, Jack Micheline, Kenneth Rexroth, Gary Snyder, Lew Welch, Philip Whalen "...as we begin to slip into a national slumber somewhat akin to that of the Eisenhower years, it's exhilarating to have this squall line of Beats pass through our consciousness." -Kirkus Reviews "...fierce engagement executed with humor and vernacular sensitivity." - Dale Smith, Austin Chronicle David Meltzer (1937-2016) was the author of many books of poetry, including Tens, The Name, Arrows: Selected Poetry 1957-1992, and Two-Way Mirror (City Lights). He was the editor of Birth, The Secret Garden, Reading Jazz, and Writing Jazz, among other collections. His agit-smut fictions include The Agency Trilogy. Meltzer read poetry at the Jazz Cellar in the 1950s and in the 1960s fronted the band, "Serpent Power."