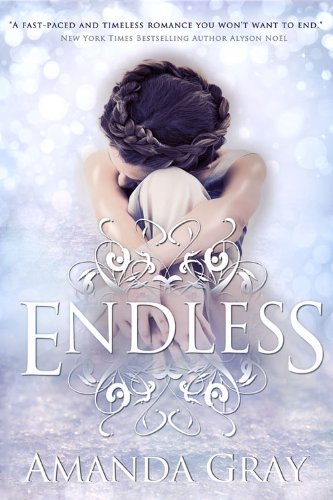 ""Readers will quickly come to love this book. Protagonist Jenny is brave, loyal and quick on her feet, and soon you ll be completely drawn into Jenny s world. The plot is new and exciting, forcing readers to stay up late into the night to reach the ending. And once they do, they ll be left anxiously awaiting the sequel." "RTBook Reviews"

Jenny Kramer knows she isn’t normal. After all, not everybody can see the past lives of people around them. When she befriends Ben Daulton, resident new boy, the pair stumble onto an old music box with instructions for "mesmerization" and discover they may have more in common than they thought—like a past life! Using the instructions in the music box, Ben and Jenny share a dream that transports them to Romanov Russia and leads them to believe they have been there together before. But Nikolai, the mysterious young man Jenny has been seeing in her dreams who has now appeared next door, was there, too. Jenny is forced to acknowledge that Nikolai has traveled through time and space to find her. Doing so means he has defied the laws of time, and the Order, an ominous organization tasked with keeping people in the correct time, is determined to send him back. While Ben, Jenny, and Nikolai race against the clock—and the Order—Jenny and Nikolai discover a link that joins them in life and beyond death.

Buchbeschreibung Month 9 Books. Paperback. Zustand: Very Good. A copy that has been read, but remains in excellent condition. Pages are intact and are not marred by notes or highlighting, but may contain a neat previous owner name. The spine remains undamaged. An ex-library book and may have standard library stamps and/or stickers. At ThriftBooks, our motto is: Read More, Spend Less. Bestandsnummer des Verkäufers G098834095XI4N10

Buchbeschreibung Month9Books, LLC, 2013. Zustand: Good. A+ Customer service! Satisfaction Guaranteed! Book is in Used-Good condition. Pages and cover are clean and intact. Used items may not include supplementary materials such as CDs or access codes. May show signs of minor shelf wear and contain limited notes and highlighting. Bestandsnummer des Verkäufers 098834095X-2-4