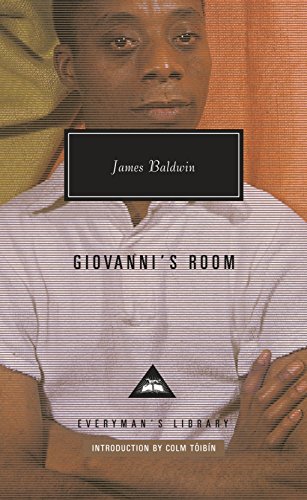 "If Van Gogh was our nineteenth-century artist-saint, James Baldwin is our twentieth-century one." --Michael Ondaatje

"Baldwin writes . . . with unusual candor and yet with such dignity and intensity." --THE NEW YORK TIMES "Absorbing . . . [with] immediate emotional impact." --THE WASHINGTON POST "Violent, excruciating beauty." --SAN FRANCISCO CHRONICLE "Exciting . . . A book that belongs in the top rank of fiction." --THE ATLANTIC "Baldwin, in this novel, made clear that he could work wonders with the light and shade of intimacy . . . The tone continues to shift back and forth from pure eloquence to soaring sequences to simple description . . . But he can follow this soon with passages that are pure Baldwin, that have a gorgeous, fearless sound, tempered by dark knowledge and pain, that make clear that Baldwin was ready to become the greatest American prose stylist of his generation."
--from the new Introduction by Colm TµibÚn Reseþa del editor:

James Baldwin’s groundbreaking novel about love and the fear of love is set among the bohemian bars and nightclubs of 1950s Paris.

David is a young American expatriate who has just proposed marriage to his girlfriend, Hella. While she is away on a trip, David meets a bartender named Giovanni to whom he is drawn in spite of himself. Soon the two are spending the night in Giovanni’s curtainless room, which he keeps dark to protect their privacy. But Hella’s return to Paris brings the affair to a crisis, one that rapidly spirals into tragedy. Caught between his repressed desires and conventional morality, David struggles for self-knowledge during one long, dark night—“the night which is leading me to the most terrible morning of my life.” With sharp, probing insight, Giovanni's Room tells an impassioned, deeply moving story that lays bare the unspoken complexities of the human heart.

Go Tell It on the Mountain

Buchbeschreibung Hardcover. Zustand: New. ABOUT GO TELL IT ON THE MOUNTAIN This haunting coming-of-age story, based in part on James Baldwin s childhood in Harlem, is an American classic. Originally published in 1953, Go Tell It on the Mountain was Baldwin s first major work. With a potent combination of lyrical compassion and resonant rage, he portrays a fourteen-year-old boy questioning the terms of his identity. John Grimes is the stepson of a fire-breathing and abusive Pentecostal preacher in Harlem during the Depression. The action of this short novel spans a single day in John s life, and yet manages to encompass on an epic scale his family s troubled past and his own inchoate longings for the future, set against a shining vision of a city where he both does and does not belong. Baldwin s story illuminates the racism his characters face as well as the double-edged role religion plays in their lives, both oppressive and inspirational. In prose that mingles gritty vernacular cadences with exalted biblical rhythms, Baldwin s rendering of his young protagonist s struggle to invent himself pioneered new possibilities in American language and literature. Bestandsnummer des Verkðufers ABE-1635189547938