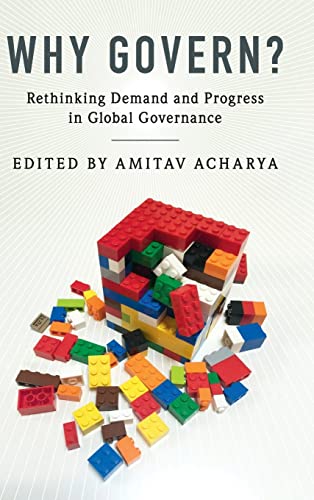 This book is an authoritative analysis of global cooperation in the areas of security, economics, environment, health and cyberspace, written by leading scholars. It introduces a new way of studying global governance for scholars and practitioners, including diplomats, journalists, and experts in international organizations and related fields.

The system of international cooperation built after World War II around the UN is facing unprecedented challenges. Globalization has magnified the impact of security threats, human rights abuses, mass atrocities, climate change, refugee, trade and financial flows, pandemics and cyberspace traffic. No single nation, however powerful, can solve them on its own. International cooperation is necessary, yet difficult to build and sustain. Rising powers such as China, India, and Brazil seek greater leadership in international institutions, whose authority and legitimacy are also challenged by a growing number of civil society networks, private entities, and other non-state actors. Against this backdrop, what is the future of global governance? In this book, a group of the leading scholars in the field provide a detailed analysis of the challenges and opportunities facing global cooperation. The book offers a comprehensive and authoritative guide for scholars and practitioners interested in multilateralism and global order.

Amitav Acharya is the UNESCO Chair in Transnational Challenges and Governance, School of International Service, American University, Washington DC. His recent publications include The End of American World Order (2014), Rethinking Power, Institutions and Ideas in World Politics: Whose IR? (2013), and Whose Ideas Matter: Agency and Power in Asian Regionalism (2009).

Buchbeschreibung 2016. Hardback. Zustand: NEW. 9781107170810 This listing is a new book, a title currently in-print which we order directly and immediately from the publisher. For all enquiries, please contact Herb Tandree Philosophy Books directly - customer service is our primary goal. Bestandsnummer des Verkäufers HTANDREE01167650

3. Why Govern?: Rethinking Demand and Progress in Global Governance

4. Why Govern?: Rethinking Demand and Progress in Global Governance

5. Why Govern?: Rethinking Demand and Progress in Global Governance