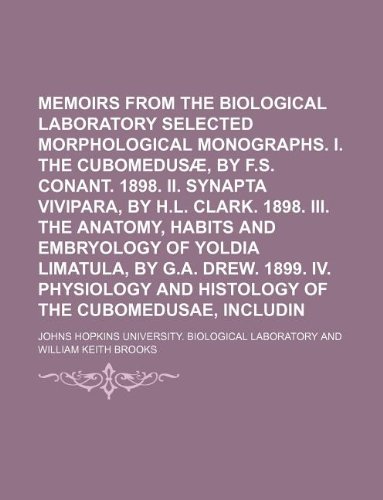 This historic book may have numerous typos and missing text. Purchasers can download a free scanned copy of the original book (without typos) from the publisher. Not indexed. Not illustrated. 1900 Excerpt: ... ganglia are formed is indicated in the external view of the embryo by a depression, x, where the cells of the first, or anterior, row of test-cells are pushed away from the second row. As later stages show this to be the ventral side of the embryo, it is easy to determine that the blastopore is always twisted toward the same, that is, toward the dorsal, side. The test-cells are distinctly rounded and the cilia on each of the three intermediate rows are collected into a band. The embryo now swims in more or less definite lines, rotating the while upon its longitudinal axis. The rotation is quite rapid, but is not always in the same direction, there being frequent changes. During activity the apical cilia are bunched together into a sort of whip, which lashes vigorously from side to side, and always precedes the embryo in its movements. Inside the test the cells in the region of the blastopore are still actively undergoing division and are quite small, Fig. 41. The cells of the apical plate, ap, and those from which the cerebral ganglia cg, arise, are separated externally by test-cells, but internally they are, and continue to be, connected by cells that do not take part in the formation of other organs. The other internal cells have increased in number, and their origin can no longer be determined. At a little later stage, Fig. 42, the dorsal internal cells are found to be arranged in a layer, sg, that represents the beginning of the formation of the shell-gland. Other cells soon arrange themselves over the remainder of the surface inside the test and, together with the shell-gland, form a new ectoderm. This ectoderm probably is formed from cells that were originally surface cells. If this view is true, the original surface cells give rise to at least three...