Verwandte Artikel zu The Germ of an Idea: Contagionism, Religion, and Society...

DeLacy, Margaret The Germ of an Idea: Contagionism, Religion, and Society in Britain, 1660-1730 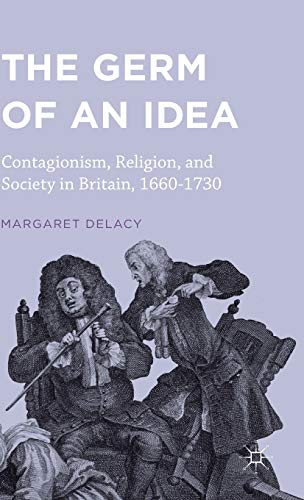 “Was early eighteenth-century British medicine in a slump? DeLacy addresses this historical trope with subtle erudition and lively skepticism. Her story is as much about religion (spontaneous generation) and politics (quarantine), as it is about disease concepts and contagionism. Drawing on a wide array of sources, both public and private, including letters, she connects the works of Machamont Nedham and Benjamin Marten to famous figures, like Sloane and van Leewenhoek, of the master narrative. In the end, she writes about history itself, explaining how the “lost half century” came to be misplaced and deserves to be found.”-Jacalyn Duffin, Hannah Professor of the History of Medicine, Queen’s University, Kingston, Canada
“Margaret DeLacy has been studying contagion’s contaminations and contours for decades and has now amassed an archive of its modern appearances well worth having. Her exhaustive accumulation and erudite analysis is destined to compel readers of diverse backgrounds to rethink their own limits of what they have been considering contagion’s Western history to have been.”-George Rousseau, Professor of History Emeritus, Oxford University, England

Contagionism is an old idea, but gained new life in Restoration Britain.  The Germ of an Idea considers British contagionism in its religious, social, political and professional context from the Great Plague of London to the adoption of smallpox inoculation. It shows how ideas about contagion changed medicine and the understanding of acute diseases.